After watching documentary “Eating You Alive” last week, I’m stunned by how much I’ve learned and how much I can relate to it (see trailer below).

My dad is a doctor, so I’ve always been familiar with hospitals. My biggest passion when I was younger was to save lives, so even though my talent lies in language and literature and not in science, biology, math or chemistry, I tried my best to get involved with the medical industry so I could serve people.

When I was in high school, I spent almost two years volunteering at a hospital. When other 15-year-old girls were shopping and hanging out with friends on the weekend, I spent every Saturday at the hospital’s information desk, answering phone calls, renting out wheelchairs, providing directions to patients, buying things for inpatients, and organizing medical records in the medical records room.

After graduating from the Translation and Interpretation Department at the Middleburry Institure of International Studies at Monterey, I got the opportunity to intern at Stanford Hospital, and continued working there as a medical interpreter after my internship. I thought that was my dream-come-true.

My job at the hospital was to help patients who didn’t speak English communicate with physicians who didn’t speak Mandarin. Usually those were elderly patients whose children brought them to the US, but were too busy to go to the hospital with them. I could only imagine their fear and insecurity, so I tried my best to reassure them everything’s going to be okay. It was a tough time for me personally. Everyday I woke up at 6:30 am, drove 16 miles to work, and after work, drove 16 miles back, and studied medical vocabulary for another 2 – 3 hours before going to sleep. When I was the only person in the examine room who understood both parties and a single mistake in my interpretation could lead to serious consequences, the pressure and responsibility were sometimes too much to bear. 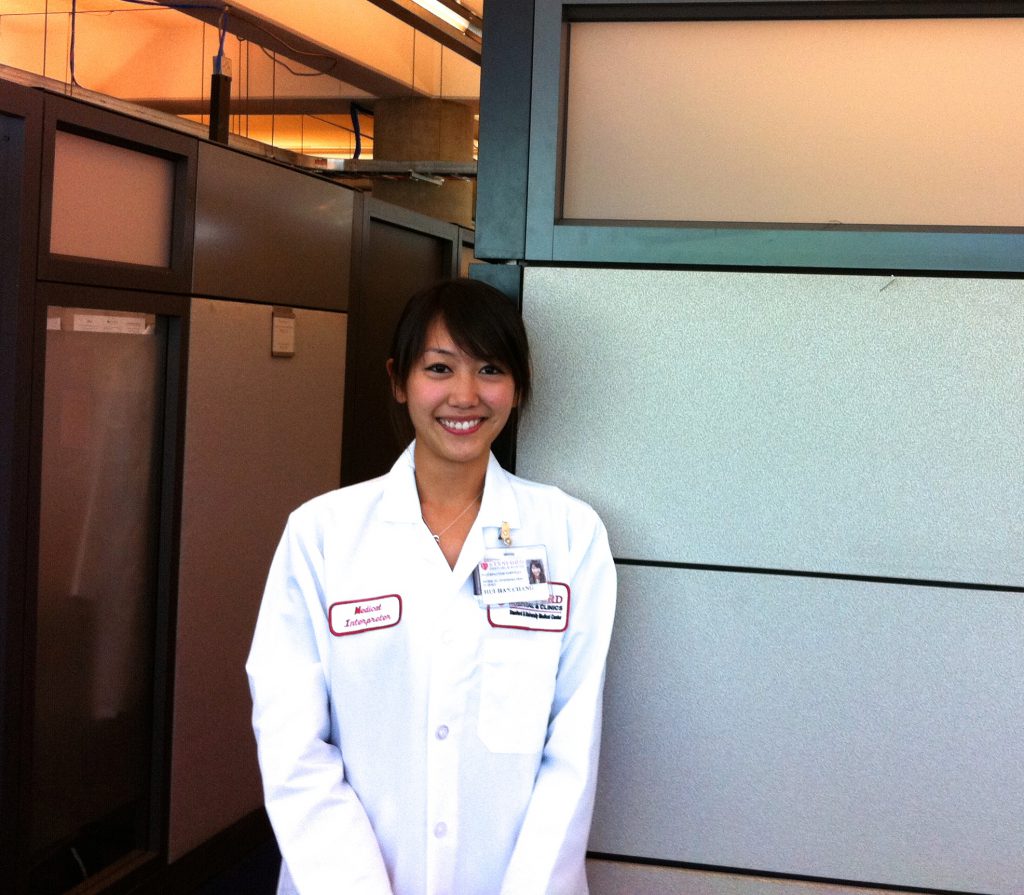 In fact, all the hard work would have been worth it if I could actually help people and do what motivated me the most – to save lives. But the longer I stayed, the more questions I had. I had been vegetarian for three years and vegan for a year, and I had read health-related books such as “The China Study”, which clearly illustrates the link between animal protein and chronic diseases. I knew that even though the medical and pharmaceutical industries have been rapidly developing, more and more people were being diagnosed with and dying of chronic diseases every year. I was also aware that there were cases around the world where people adopted a whole-food plant-based diet to reverse diabetes, heart disease, and even cancer. But everyday when I went to the hospital, I saw patients diagnosed with cancer undergo chemotherapy, while the doctors never asked a single question about their diets. Some doctors even asked their patients to eat a “balanced diet” with meat, fish, and vegetables. “Don’t those physicians know the link between animal products and the deterioration of cancer?” I thought. After doing some research, I realized maybe they really didn’t. Nutrition is not a focus in medical schools, and doctors are not required to master it. I’m not saying the doctors deliberately hindered the patients’ healing process, but the importance of nutrition and preventative medicine have been downplayed at medical schools across the US (if not in the world).

An interviewee in the documentary used the metaphor that it’s like someone having a nail at the bottom of their shoe, and their foot hurting everytime they walk. Instead of telling them the root cause – the nail at the bottom of the shoe – doctors prescribe painkillers to them again and again. Furthermore, it was mentioned in the documentary that some medical personnel do know about the power of a whole-food plant-based diet to cure chronic diseases, but they don’t bother telling their patients because they assume the patients wouldn’t want to make any lifestyle changes. To me it only sounds unfair that the patients don’t get to be the judge of their own health.

So as I was working at Stanford Hospital, I started to think if I was really helping to save the lives of those grandmas and grandpas whom I cared about. The answer was clear. I left within three months, joined an animal rights organization, and started promoting veganism as my full-time job. Like more and more nutritionists and medical personnel including the Physicians Committee for Responsible Medicine (PCRM), I believe the key to preventing chronic diseases lies in a low-fat whole-food plant-based diet, and not on the operating table. What I also discovered was that saving the lives of animals is saving the lives of our own. It’s the law of reciprocity – treating others as we would wish to be treated ourselves. In order to eat the flesh and secretion of animals, we inflict unimaginable suffering on them. Anyone who doubts that can visit a factory farm or a slaughterhouse to verify. If we were to treat other human beings with the same violence, chances are they would either retaliate, or we would be punished by law. We have to be responsible for our own actions somehow. What about animals? They can’t retaliate. They just suffer quietly. But the violence we create won’t just go away – unfortunately, it all comes back to us in the form of heart disease, strokes, cancers, diabetes, obesity, and other diseases.

The documentary includes interviews with several people who have been cured from chronic diseases by a plant-based diet, and medical personnel who didn’t understand that food is our best medicine, but have been actively promoting the concept after they knew. I also know such a friend in real life. Her name is Angie Palmer, a director, actress and writer based in Hong Kong. She’s a living proof of how lifestyle changes can save lives. Several years ago she was diagnosed with cancer, and was able to cure it with such lifestyle changes without having to go through chemo or surgery. In her latest book, she shares her story of healing.

My own story isn’t as dramatic. However, ever since I stopped eating all animal products, I’ve seen significant improvement in my health. I used to suffer from allergy, menstruation cramps, stomach aches, knee pain, and fatigue. But all those problems were gone over the past six years since I went vegan. I also lost about 20 pounds in the first six months of my new vegan life. I also get sick much, much less, and never had to take medicine for years. It’s also worth mentioning that I’ve been living in extremely polluted cities such as Beijing and Hanoi for the past two years, so it’s quite remarkable how I can remain as healthy as I am.

We’ve been educated with all kinds of concepts since we were born, but have we ever questioned those beliefs and actually done any research by ourselves? Or do we simply believe the things we were taught blindly? Critical thinking is not something that the educational system in Asia values, but I’m a rebel. I’ve been questioning everything the society and my parents taught me, reading up on topics that interest me and coming up with my own conclusions. That’s why I encourage you not to believe what I say – do your own research, and try it out for yourself. I only came to the conclusion that a plant-based diet is healthier after endless research and experimenting on myself for 10 years. 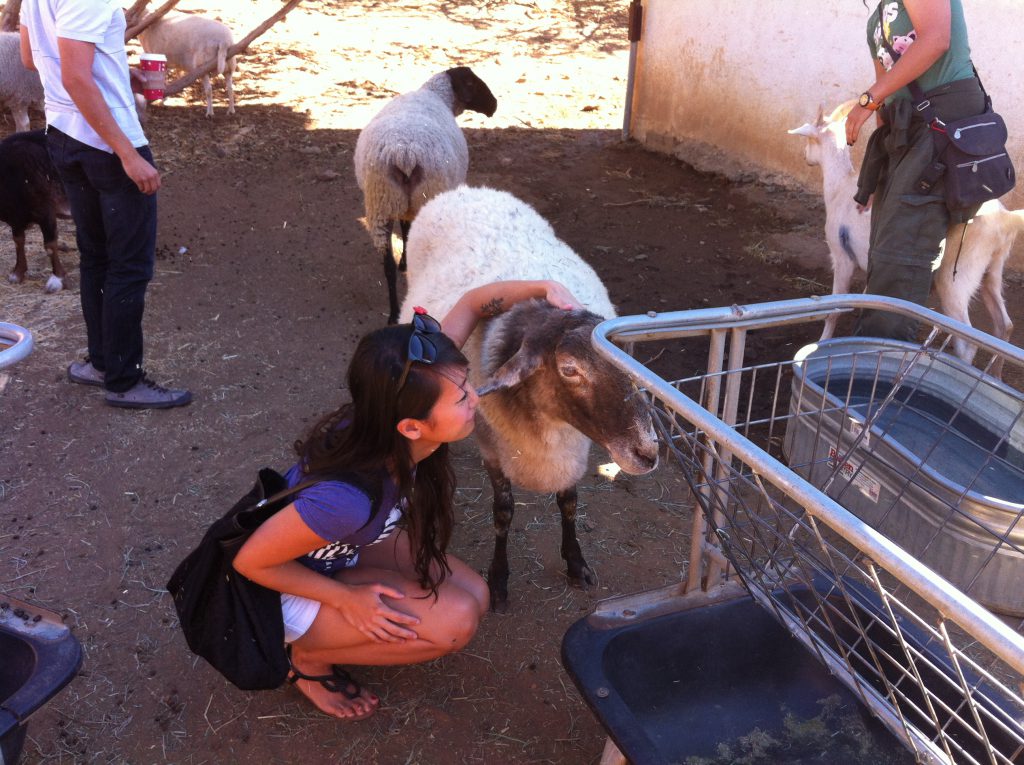 I’ve always felt a bit of resistance when it comes to talking about veganism from the health perspective because that’s not what motivates me to go vegan. I just don’t want animals to suffer – as simple as that. But throughout the years I realized that because I put others’ wellbeing before my own, I reap the benefits of empathy. It’s also worth pointing out that because I didn’t do it for health, there’re still lots of areas where I can improve. For example, I eat vegan, but not sugar- or oil-free. I also haven’t been exercising regularly since I left the US. The documentary “Eating You Alive” came to my life at the right timing, to remind me and encourage me to take the next step to be even healthier.

Many of the strongest athletes on Earth are vegan, including Olympics gold-medal winner Carl Lewis, Germany’s Strong Man Patrik Baboumian, MMA fighter Mac Danzig,Ultra-Athlete Rich Roll, champion boxer David Haye, to name just a few (and elephants, hippos, and rhinos, I may add). NBA player Metta World Peace has also told me that he rarely eats meat because it makes him feel heavy and slows down the recovery process after injury. I met him because of work while he was playing in Chengdu, China. Later when he visited me in Beijing, he even asked me to take him grocery shopping and enjoying lots of yummy vegan food. 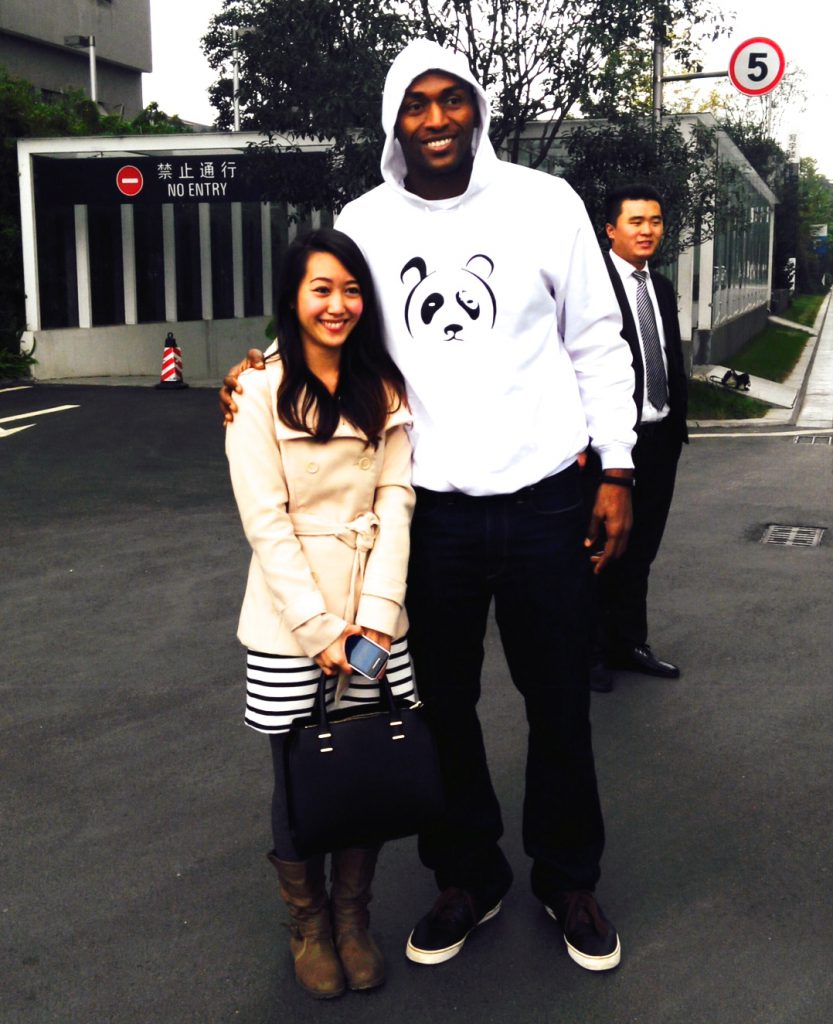 So…this is the end of my sharing. I highly recommend that you watch “Eating You Alive”, and if you have any questions regarding health or nutrition, check out these resources:

Last but not least, health isn’t just related to our diet. It has so much to do with our mindset as well. Diseases aren’t the root cause, but only the symptoms of imbalance. In order to be healthy, we need to take a holistic approach. For example, I’ve been practicing meditation as a way to help me be more grounded and peaceful. I really hope we can all take back control of our health so we can experience life to its full extent.

*This is a personal sharing, not intended as medical advice*