“Oh, so you’re Vietnamese?” That’s the first reaction of many people when they heard that I live in Vietnam.

As a result, I sensed the need to debunk the myth of why I’m living in Vietnam and what I’ve been doing there, not just for new friends I’ve been meeting, but for friends and family who may have no idea what the heck I’m doing there.

The school that we’re running in Vietnam is called “Knowmads Hanoi.” The word “Knowmads” is a combination of “knowledge” and “nomads.” As an affiliate of Knowmads Business School Amsterdam, it was founded in Hanoi in 2013 and has accumulated about 90 alumni from more than 10 countries. Our participants are mainly young people from 20 to 35 years old. 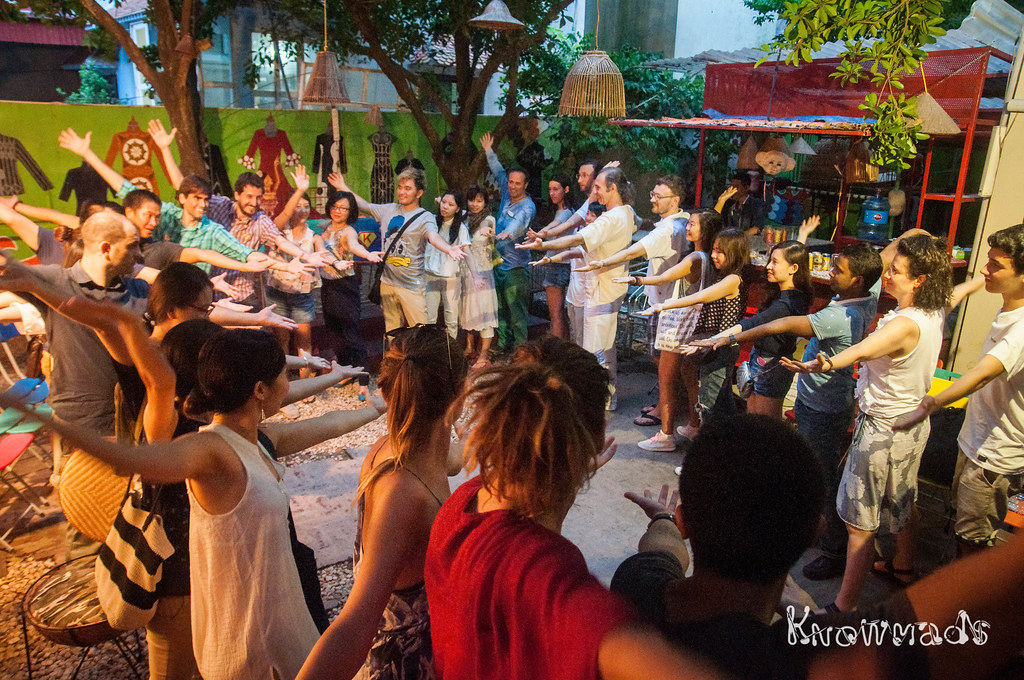 Our purpose is to be of service to individuals and organizations that seek to create positive change in the world. We believe that real change starts from oneself, but we also see that traditional education doesn’t really show us how to be ourselves or make positive contributions to create a better world. Instead, it teaches us to be just like everybody else – study hard, find a job, and make a lot of money.

That’s not our philosophy. We believe every individual has his or her own purpose and mission in life, and we’re all here to do what we’re called to do. 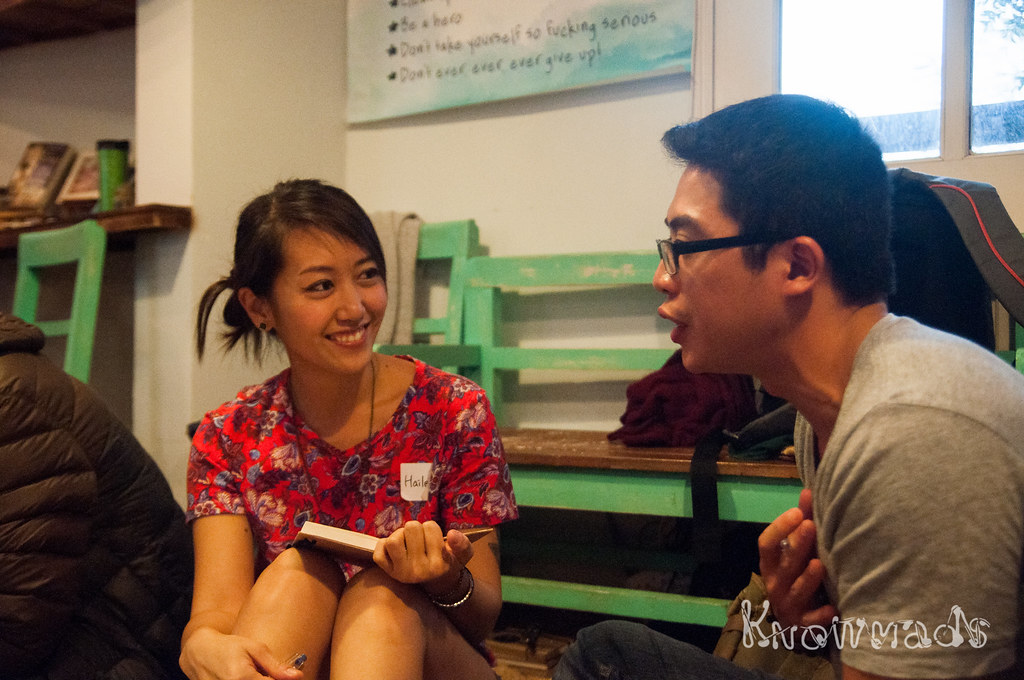 We also believe that you can’t really “teach” anyone. Instead, you can only help people discover who they are. That’s why our programs consist of workshops that focus on 5 main questions:

No one uses ppt and talks for hours in our workshops. There’re no “teachers” or “students,” only “facilitators” and “participants.” We emphasize creating a space for people to learn what they want and need to learn using participatory workshops. Every individual is expected to participate and co-create the session they want. No one is passively waiting for someone to “teach” them anything. The participants decide part of the program, arrange their own meals, field trips, and can even learn and host some processes. 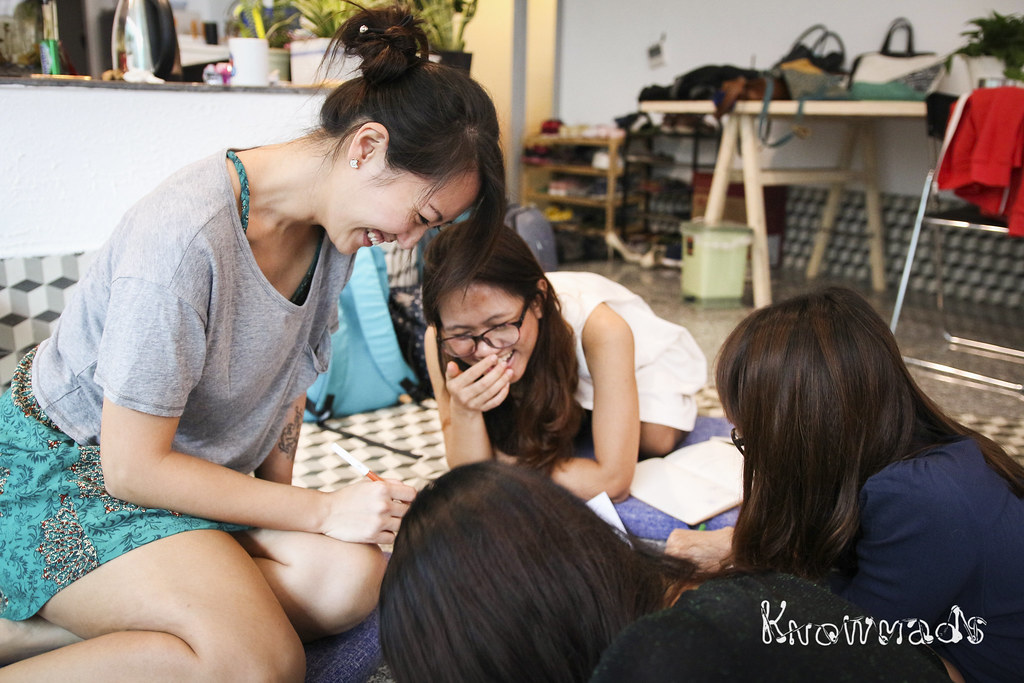 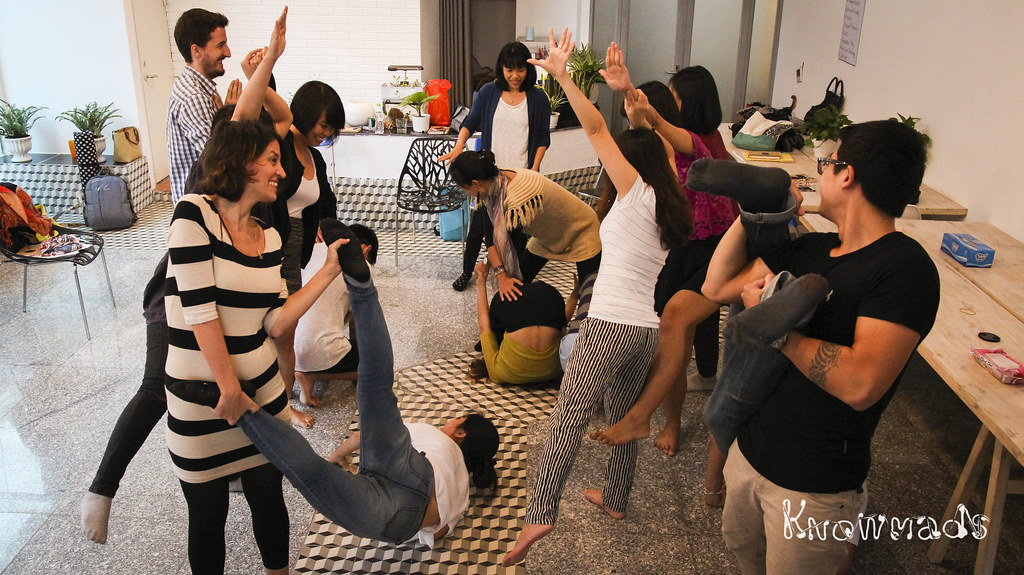 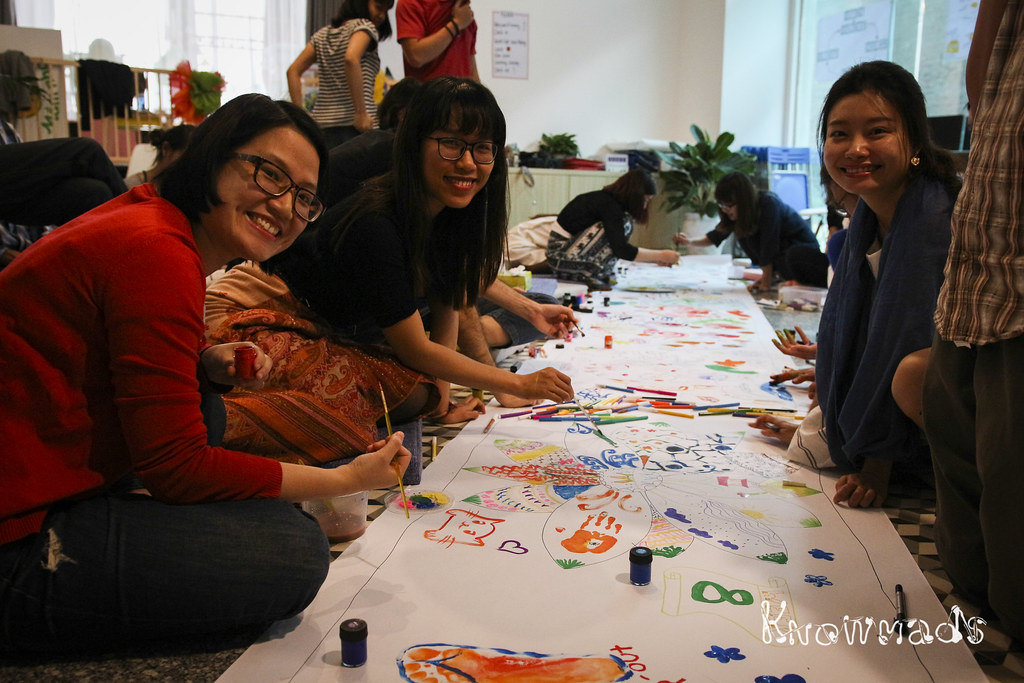 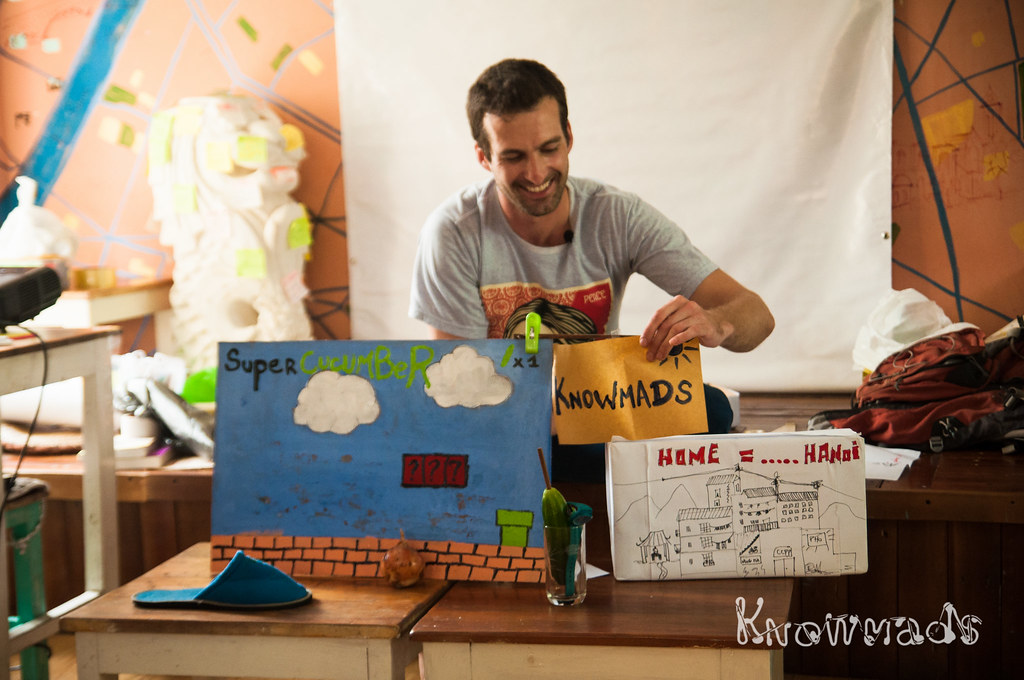 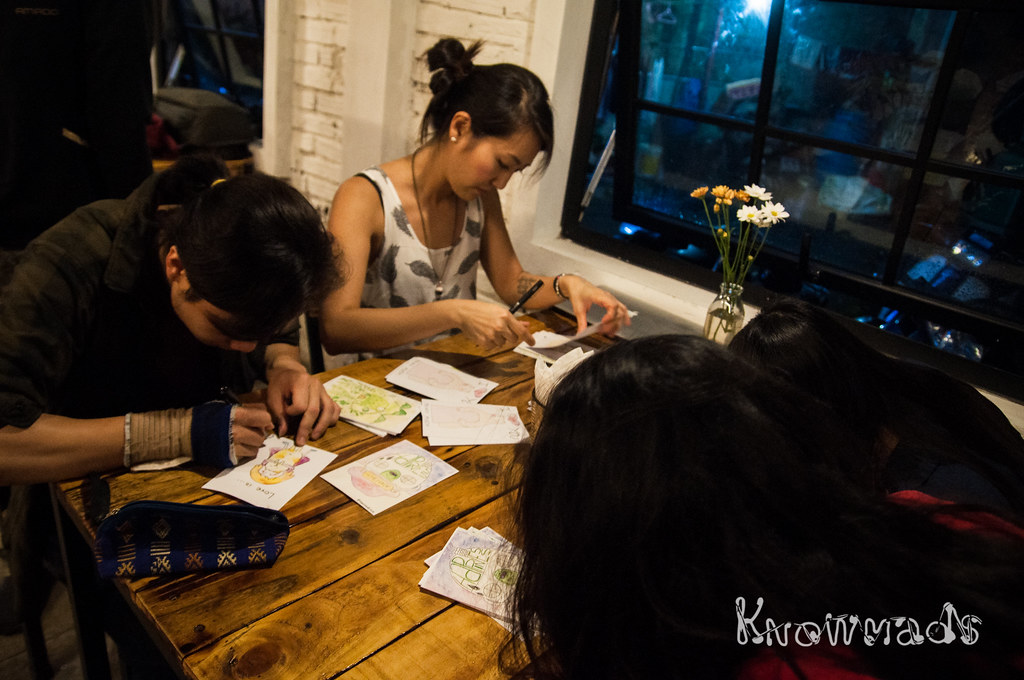 We have workshops on finding our talents, core values, and passions, entrepreneurship, storytelling for business, sustainability, project design tools, Graphic Facilitation, Instagram, and many others that the participants want and need. 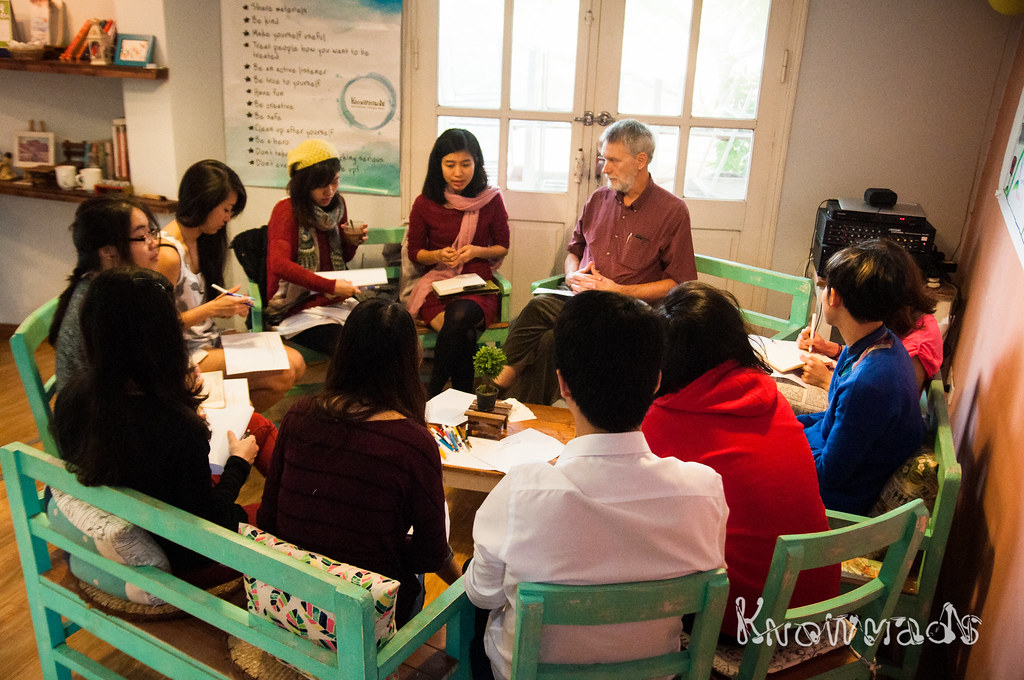 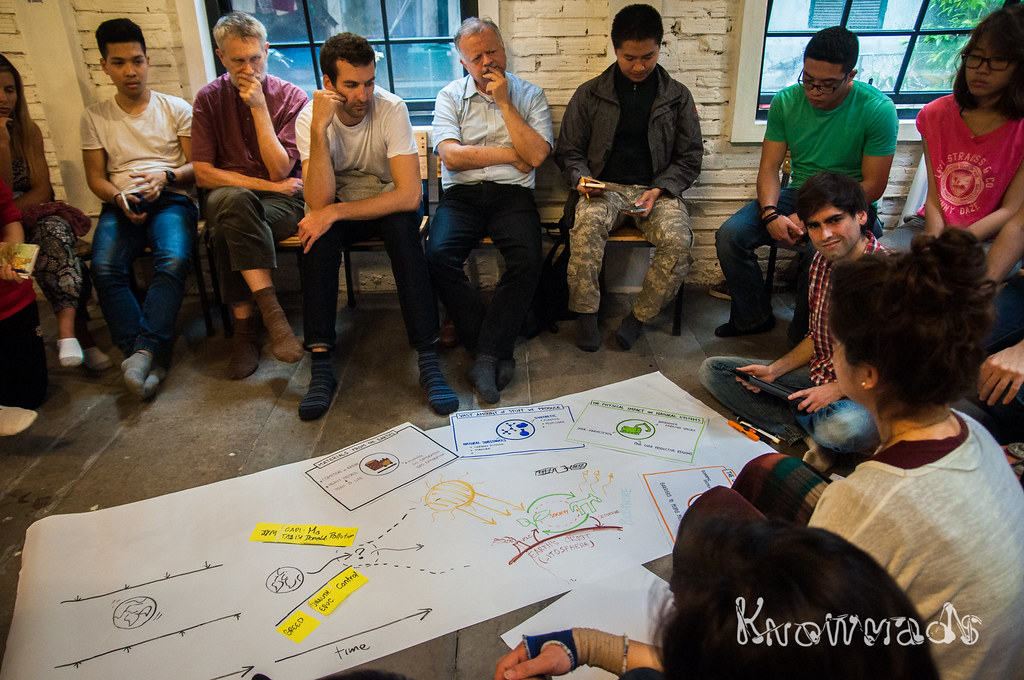 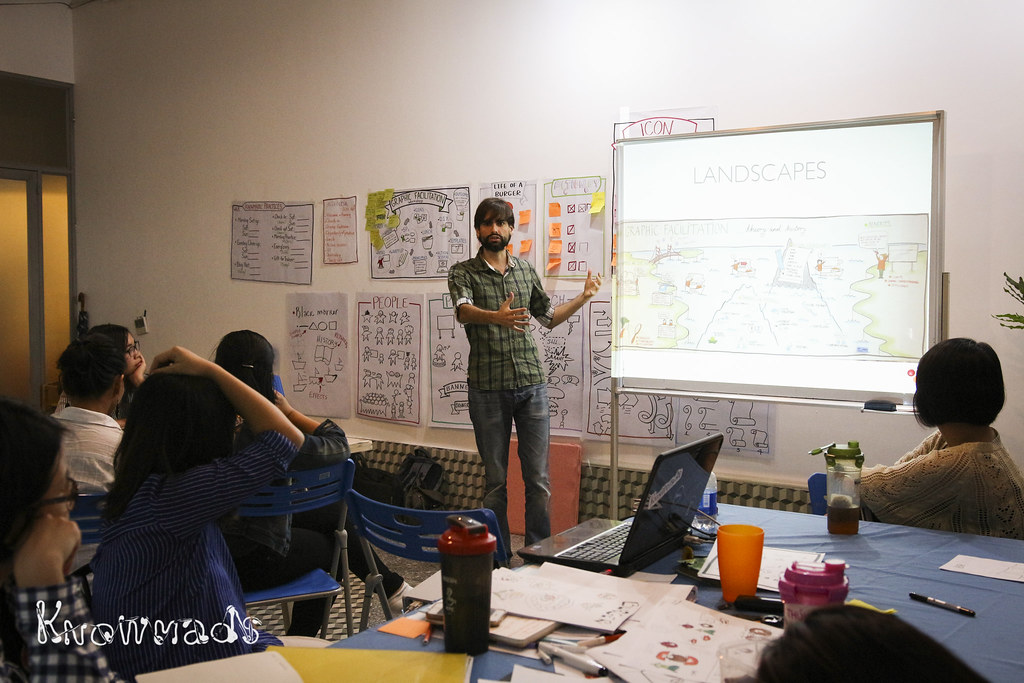 Our facilitation team is comprised of a group of knowledge workers who are global citizens. For example, I’m Taiwanese, Hong Konger and American, and I’ve lived in Taiwan, the US, Germany, the Philippines, Mainland China, and now Vietnam. My boyfriend Narayan was born and raised in Brazil, and has lived in 12 different countries. There’re also members from Switzerland, Vietnam, Germany, and Argentina.

Before I joined the facilitation team, I was also a participant in the Knowmads Hanoi program. I joined Team 5 in March and April this year, and my website Vegan Kitty Cat, Facebook and Instagram were the project that I developed during the program. At that time I had been working for an animal organization for almost 5 years and had done wonderful and successful campaigns for them, but I wasn’t confident doing anything in my own name. “I’m just an ordinary girl,” I thought. “Why would anyone want to hear what I have to say?” However, my teammates and the facilitation team helped me overcome the limiting belief, and I created the platform to share my vegan lifestyle with the world. Other participants’ projects include organizing a TEDx event in Hanoi, hosting workshops on drawing, founding an NGO, teaching women in rural areas English, establishing an eco-tour company, and so on.

Since I experienced how the program can be life-changing for many, I stayed and interned with them, learning how to design and host such a program. After a few months, I’ve now become a “Jedi.” 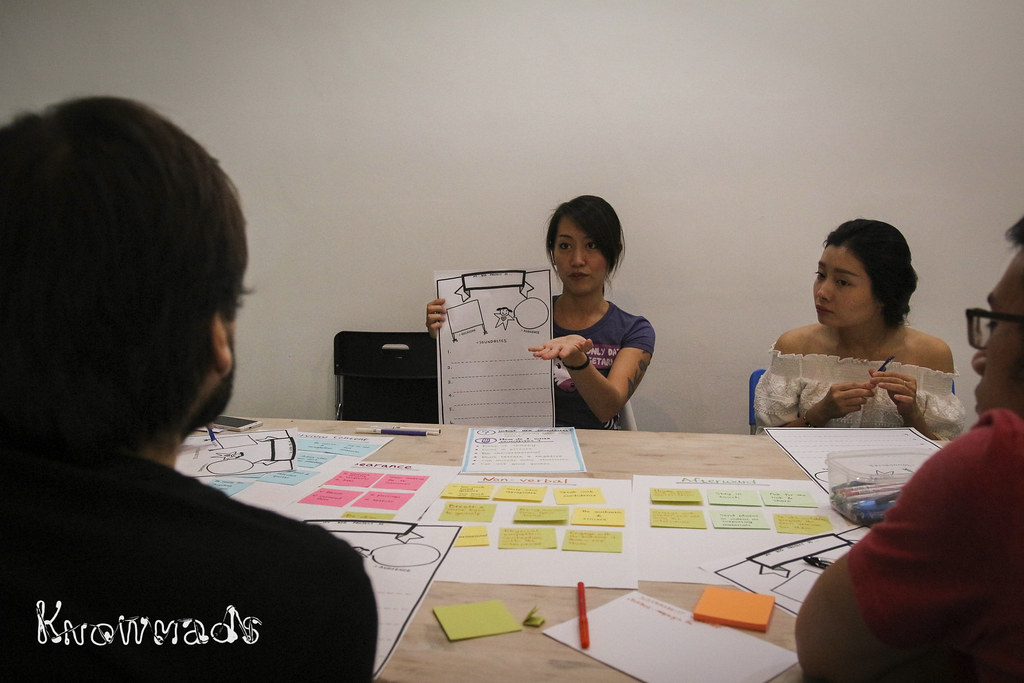 But what impresses me the most about Knowmads is actually something intangible. It’s the fact that Knowmads somehow always manages to create a safe space for people to be themselves. Before joining Knowmads, I didn’t know there’s a place in the world where people don’t have to wear a mask. You can disagree with someone, but there’s no need to pretend that you agree and judge behind their backs. We don’t waste our energy like that. We communicate as authentic human beings about everything, including difficult topics such as money.

Can you imagine how we divide money among the core team members? The 9 of us would use pieces of paper to symbolize money, and divide equally first. For example, each person gets 10 pieces of paper. Then the next few minutes, we would start donating the pieces of paper to others who you think have contributed a lot. If you don’t think you’ve contributed as much as others, you can choose to donate your portion, but others would also donate to you. It takes a lot of trust and love to do things this way. We trust our friends and teammates and use the trust and love as the foundation of our relationships. For me, it’s the prototype of a new world wanting to emerge, a new way of being with others.

At Knowmads, there’s no need to compete or pretend you’re cool. No one’s grading you, no one’s judging you. All you need is to keep an open heart, be yourself, and accept the love from others. 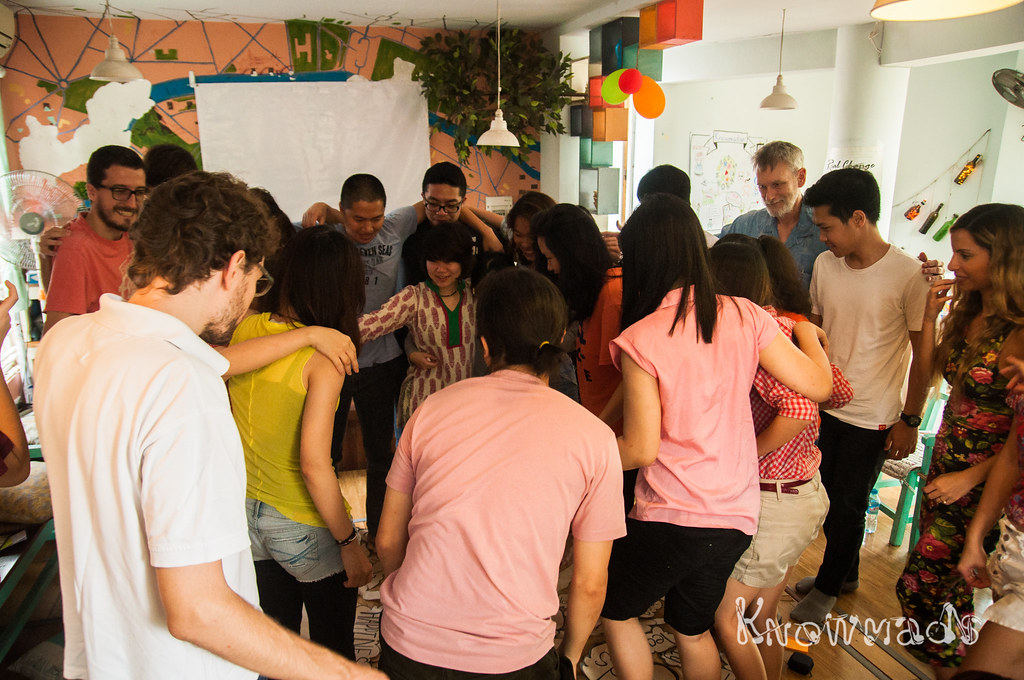 I had never learned anything like this before. Before joining Knowmads, I wouldn’t even allow myself to cry in front of others because I didn’t trust them. But no matter how picky or annoying I am, people at Knowmads always accept me. I’m a clean freak, so they kept a cushion just for me that others wouldn’t use; I’m vegan, so they often eat vegan food with me or at least make sure I have something to eat; I don’t like being in a crowd and would sometimes hide away and be anti-social, but they always respect that as well. 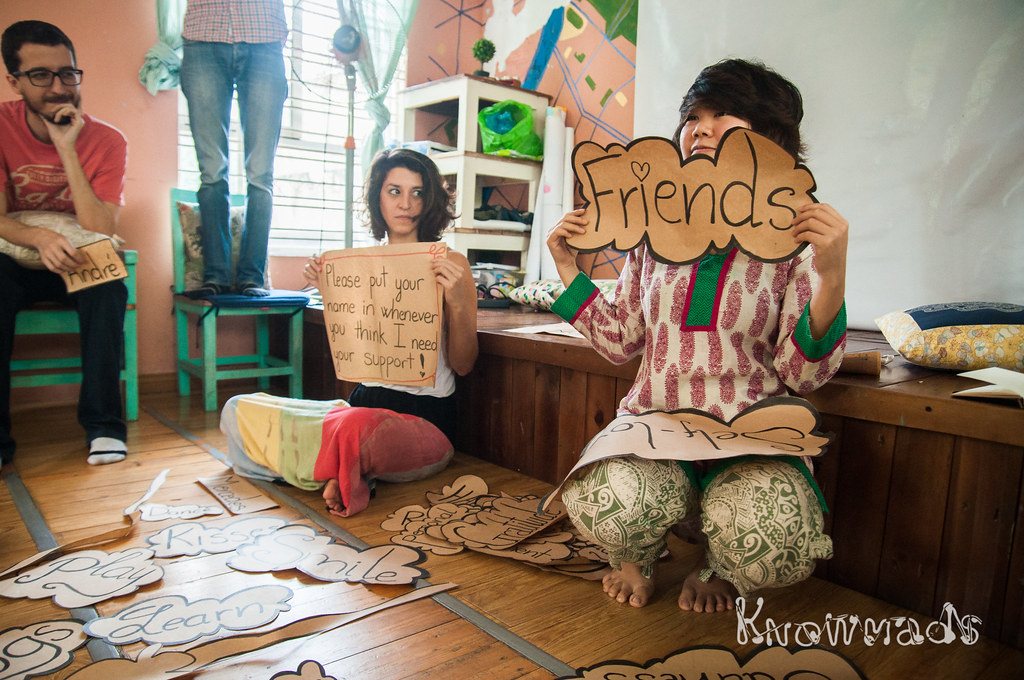 That’s the short story of why I’m leaving all the yummy vegan food behind in Taipei and going back to Vietnam. I plan on staying there for one more team until the end of May 2017, and my ultimate goal is to bring such a program to Taiwan and serve the young people here in my homeland.