Four months ago I arrived in Hanoi, Vietnam with a suitcase and a single purpose – to eat as many vegan spring rolls as possible.

No, just kidding. I’m here because I enrolled in Knowmads Team 5 as a participant, and now I’m staying because I joined the facilitation team to help organize and facilitate the next teams.

Why? At Knowmads, we believe in a world built upon collective intelligence, deep reflections, trust and respect, in order to help individuals to know more about themselves and realize their dreams. In other words, we educate changemakers through an international, creative leadership program that provides support for people who want to find out more about who they are, and what positive changes they want to create in the world.

To talk about my journey through the program, I had to start from way back, when I was a little girl. I’m a very sensitive person, but I grew up not knowing how to express my emotions. I never really cried in front of anyone. I never showed my vulnerabilities, because I believed being vulnerable means being weak, and I wanted to be nothing but strong. I kept a distance from everyone, even the friends I considered to be the closest. In that case, no one would be able to hurt my feelings. 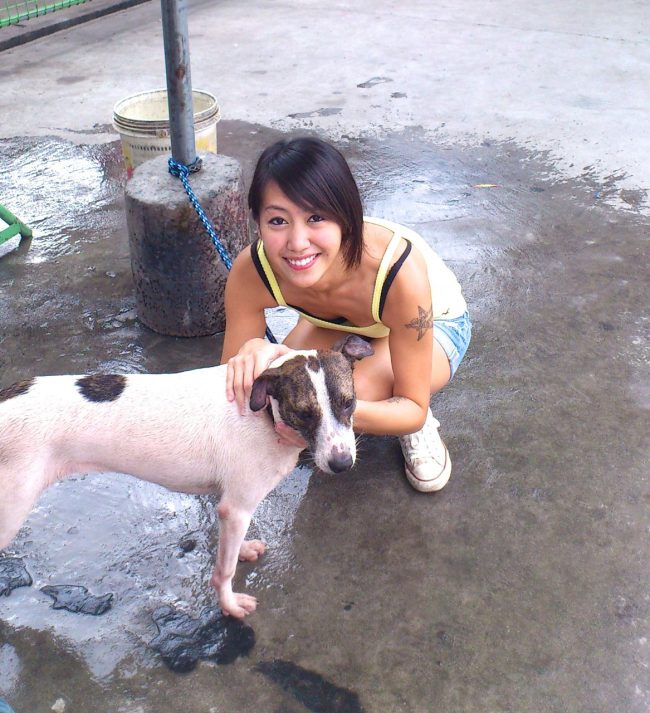 My life work is to help living beings who don’t have a voice, and to help my fellow humans connect to their innate empathy and kindness. Many people have told me that to have empathy for other living beings is a rare quality, but I don’t agree. Kids are naturally drawn to animals. Somewhere along the way, we just got disconnected and forget that empathy. If we had to personally do all the things it takes in order for us to have meat, leather, fur, or a circus experience, I believe most of us wouldn’t be able to do it. 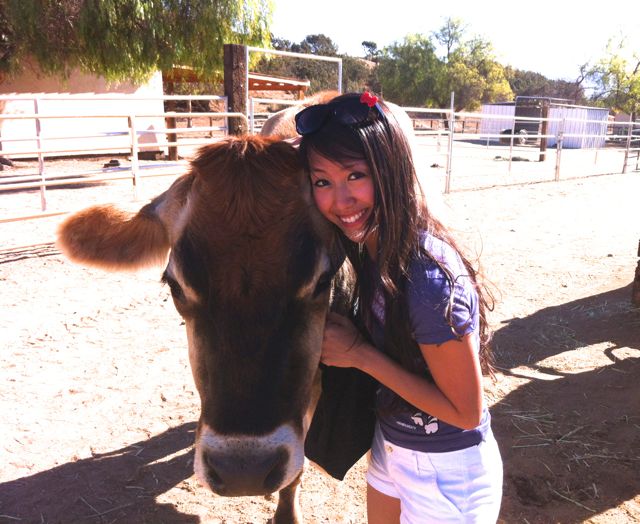 My job is to remind those who are ready to see that we’re incredibly lucky to have a choice. I joined an animal rights organization, and started leading the campaigns in China even though I worked remotely from California. I was doing quite well. We constantly get media interviews, make it to newspaper headlines, and work with celebrity after celebrity. But it wasn’t easy for me to get to this point.

I still remember not being able to contain myself for the first few days and few weeks of work – I had to watch undercover investigation videos of slaughterhouses, factory farms, circuses, and fur farms. I feel the pain that animals’ feel. I’ve seen with my own eyes angora rabbits being sheared while the shearer stepped on their sensitive ears, dropping cigarette ashes on their barren back while they struggled in fear. I’ve seen lions, tigers and bears forced to perform circus tricks. I remember staring into the eyes of one tiger who was confined in a cage so small he couldn’t stand on four legs, and I had to hold my tears and whisper to him that I was so sorry. I’ve seen countless videos and images of how animals are raised on factory farms and killed at slaughterhouses as properties instead of living, sentient beings, animals who are separated from their family and friends at birth, whose single life purpose was predetermined by human beings. No one cares about their preferences in life, their unique characteristics, or their joy and sorrow. It was hard enough to perceive the animals’ suffering, but what was even harder was when I realized that almost everyone around me was contributing to it unconsciously, and some of them have even mocked me for being “too sentimental.”

How did I deal with all the pain and suffering I witnessed and felt? I swallowed it all in and didn’t tell anyone, because I figured no one would understand. And if I was too sad, I couldn’t finish my work. I learned to be “professional”. I blocked my emotions so I wouldn’t face the sadness. But what I didn’t realize was that when blocking negative emotions, I blocked the positive ones, as well as my inner voice. For a very long time, I looked into the mirror, but couldn’t recognize the person who was staring back at me. 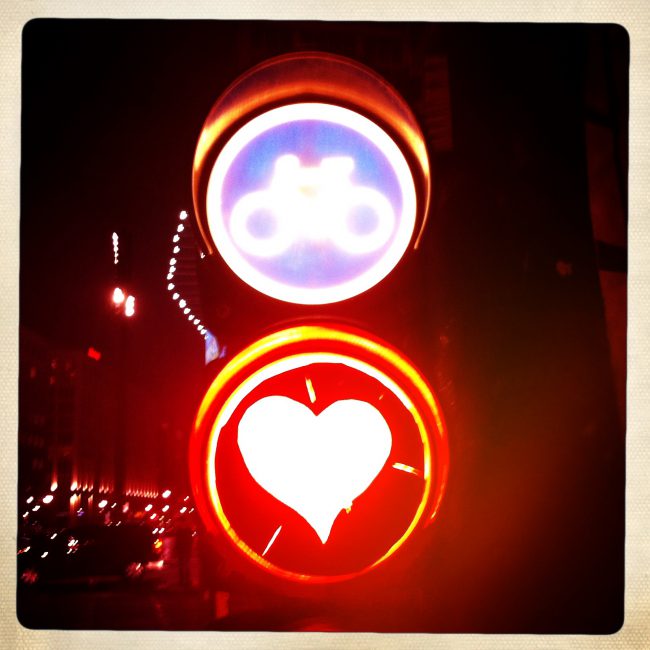 The pain and suffering became too much to control after a few years. I fell into the most chaotic period of my life, and decided to briefly escape to Berlin, Germany. I thought if I could just change my environment, I’d be able to get out of this emotional mess. There, I had the hardest heartbreak that forced me to look deeper into myself. I couldn’t ignore the pain inside me anymore. Who am I? Where am I going next?

These questions led me to China, where I met my boyfriend Narayan. 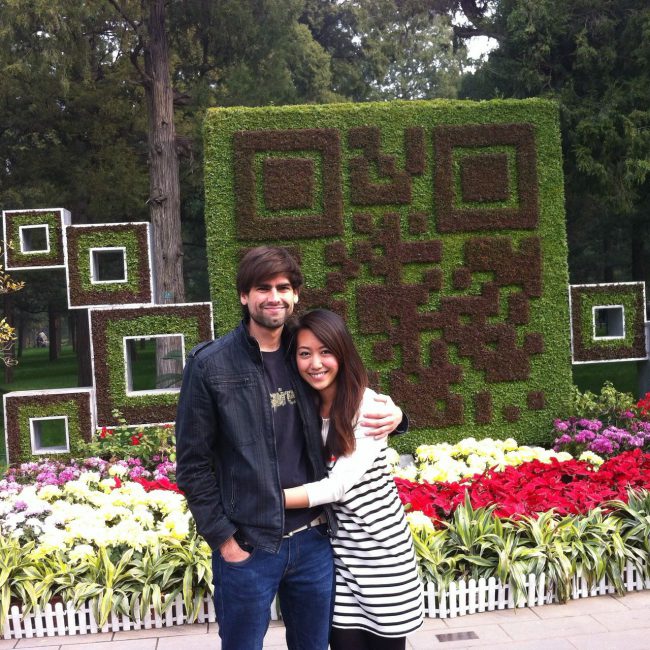 Narayan was my lifesaver. I’ve told him that many times. When I met him, I was someone who didn’t know I had emotions. He helped me remember the light in me, and helped me re-connect to my emotions and inner voice again. I had forgotten how to love anyone around me because of my numbness, but he helped me open up again. He’s the sun in my heart that never sets. Because of him and his passion for alternative education, I became a Knowmads Hanoi Team 5 member. (He is one of the facilitators of the program.) 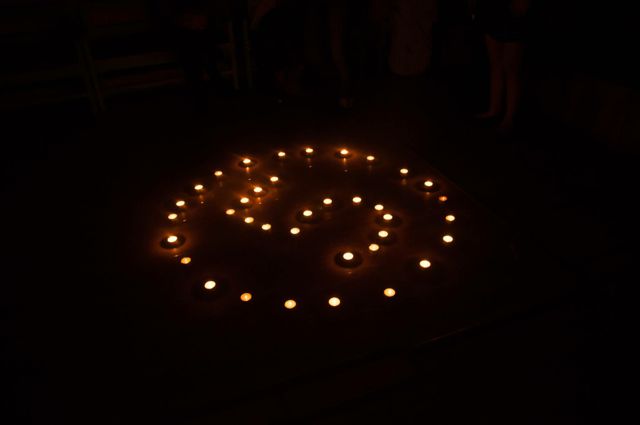 Throughout the program, 20 participants from 5 different countries experienced workshops that helped us rediscover our passions and talents, worked on projects related to sustainability, learned about methodologies such as Collective Story Harvest, Open Space, World Café and Chaordic Stepping Stones, and created our own projects to bring positive impact to the world. Various projects were generated during the process, such as providing education for women in rural Vietnam, using art as a way to release pain for ill children at hospitals, organic farming, etc. 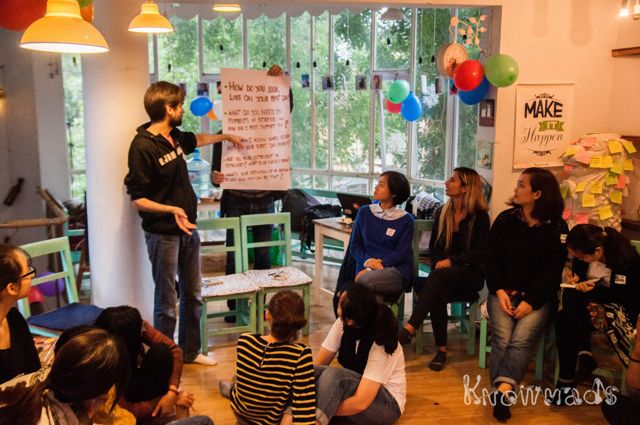 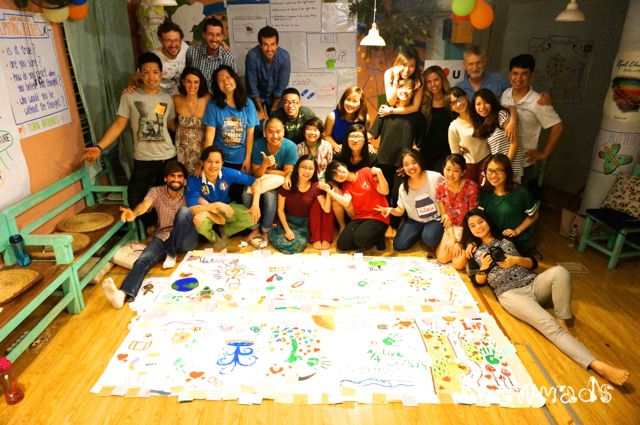 My project was to start Vegan Kitty Cat – my own Instagram, Facebook and website to promote veganism and empathy, something I believe is an essential step towards the next phase of human evolution. I had always wanted to do this, but I was so used to hiding behind an organization that I was afraid to face controversies or criticism if I promoted the same beliefs in my own name. However, after 7 weeks, I gained the emotional support I needed in order to take the first step. It’s been 3 months since I started working on my platforms and I’m enjoying it a lot and learning new things from the process. 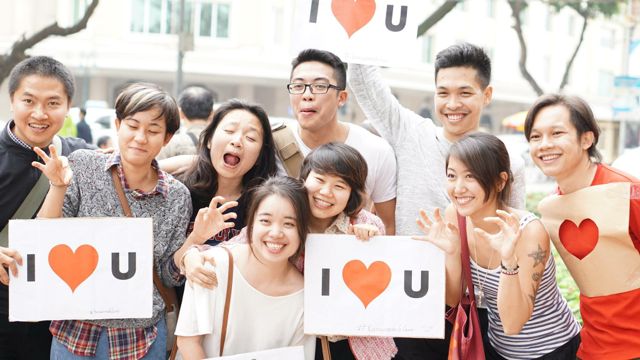 Knowmads gives me hope. If after 7 weeks the participants were able to create a community without judgment where everyone feels supported and empowered to make a positive contribution to the world, this same model can be copied anywhere in the world. It’s the beginning of a new human society where we remember how to be human again. If we were able to communicate with and support the rest of our brothers and sisters of different color, gender, species, etc. in a non-violent way while retaining our individualities, we can gain unity as earthlings.

I entered the program the first time with doubt and fear about what kind of people I would encounter, and if I’d feel OK having them in my personal space. But I left with a lot of joy and tears, because what I’ve experienced there was a once in a lifetime journey that I’ll cherish and be forever grateful for.

Do you want to change your life and change the world? For more information on the Knowmads Team 6 program, check out our website.