It was August 2014. Falling in love was pretty much the last thing on my mind.

I had just left California for the time being and was waiting for Qian to visit me in Taipei. However, because of the inefficiency of the Jinan Exit－Entry Administration, Qian couldn’t get a visa in time for Taiwan before she went back to Cali. We agreed to meet halfway in Beijing.

I was thinking, why don’t I stay longer in Beijing, even though she can only spend one week to hang out with me? I liked Beijing, and I wanted to explore more of it by myself. 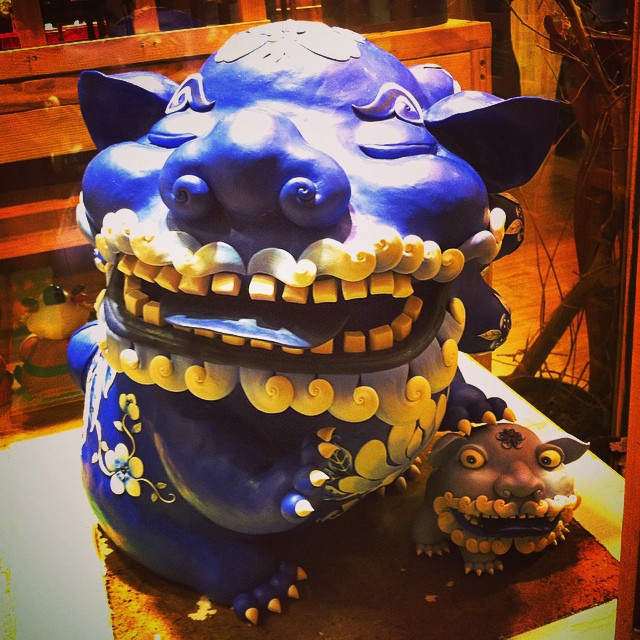 I was learning German at the time and very eager to practice with someone in real life. I then went on Couchsurfing’s Beijing forum to search for a practice partner. Unfortunately (or fortunately) a girl that I originally wanted to practice with was no longer in Beijing, and that was when Narayan saw my post and responded. We started chatting online, and as time went by I liked this person more and more each day. After all, he’s also a Virgo – who wouldn’t like a fellow Virgo? 😛

A couple weeks later, we met up at Beixinqiao and went to a (terrible) vegetarian restaurant, where we had a nice chat and felt even more connected to each other than before when we were still chatting online. Two days after we first met, we took a trip to the outskirts of Beijing together and our relationship officially started. A month and half later, I made the decision to move to Beijing, which enabled me to work more easily and spend more time with him. 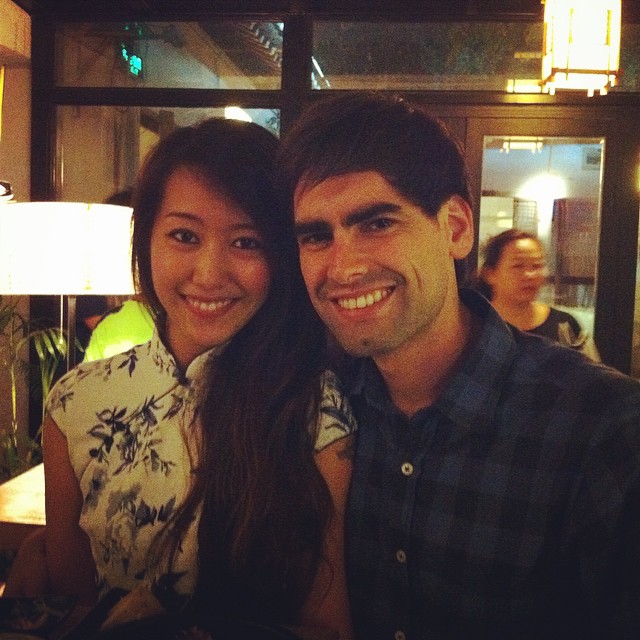 It was more than a year and 2 months ago, but somehow it still feels like yesterday that we first saw each other outside of Beixinqiao subway exit D. I still remember when he saw me, he gave me a big hug – something I wasn’t super comfortable with given my uptight and reserved nature.

It has been an amazing journey. I never thought I’d meet someone like him. Someone who’s so warm, compassionate, spiritual, open, positive, and always shining like the sun. I always tell him I’m his biggest fan and he’s my angel, and that’s not an exaggeration. 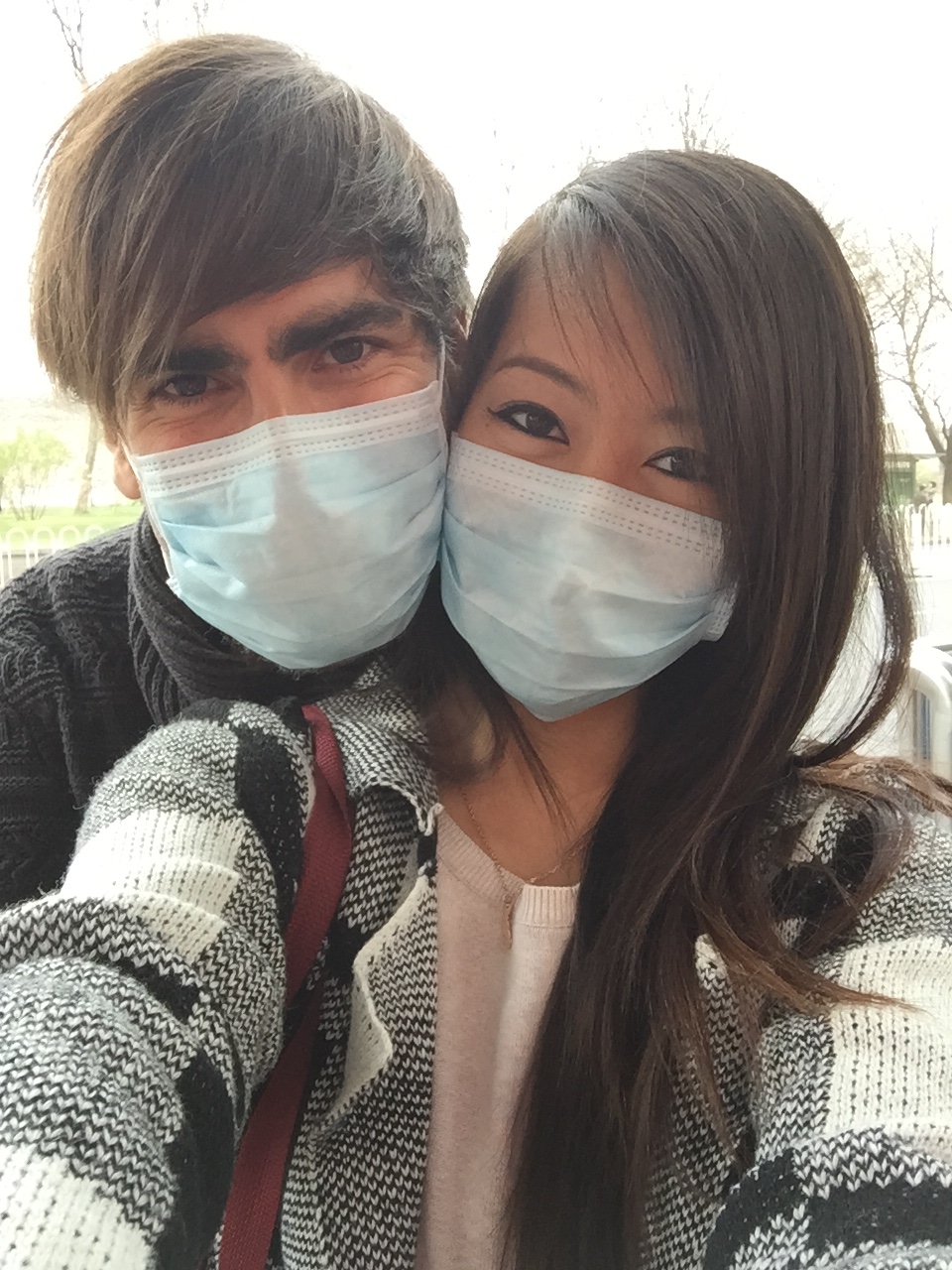 Together we’ve experienced so much. We’ve survived the toxic air in Tiantongyuan when we couldn’t see anything after getting out of the bus, and he had to cover my nose with my scarf. We’ve taken a trip to Karlskrona for the Art of Hosting training, which was life-changing. We’ve spent Chinese New Year with my family in Taiwan, where I showed him my favorite restaurants, the places I liked to go, and my elementary school. We’ve hosted dinners, workshops, and work-related events together. We’ve always cooked together and afterwards cleaned the dishes together, because we’re a team. We’ve meditated together, worked out together, watched movies together, taken walks in the park together, read together, done yoga together, etc. We’ve experienced life in Gulou, Tiantongyuan, and now Chongwenmen – completely different areas of Beijing.

When I’m sad, he’s the first person to hold me in his arms and accept my vulnerabilities. When he’s upset, I try all I can to brighten his day. When I’m too tired to move at the end of the day, he carries me to the bathroom to shower. When he just got home from biking in the chilly wind for an hour, I already estimated his arrival time and had a cup of hot tea waiting for him. When I just came back from Hong Kong and was super pissed off by the crazy traffic, smog, and rude pedestrians, he had Bunny deliver the sweetest message. 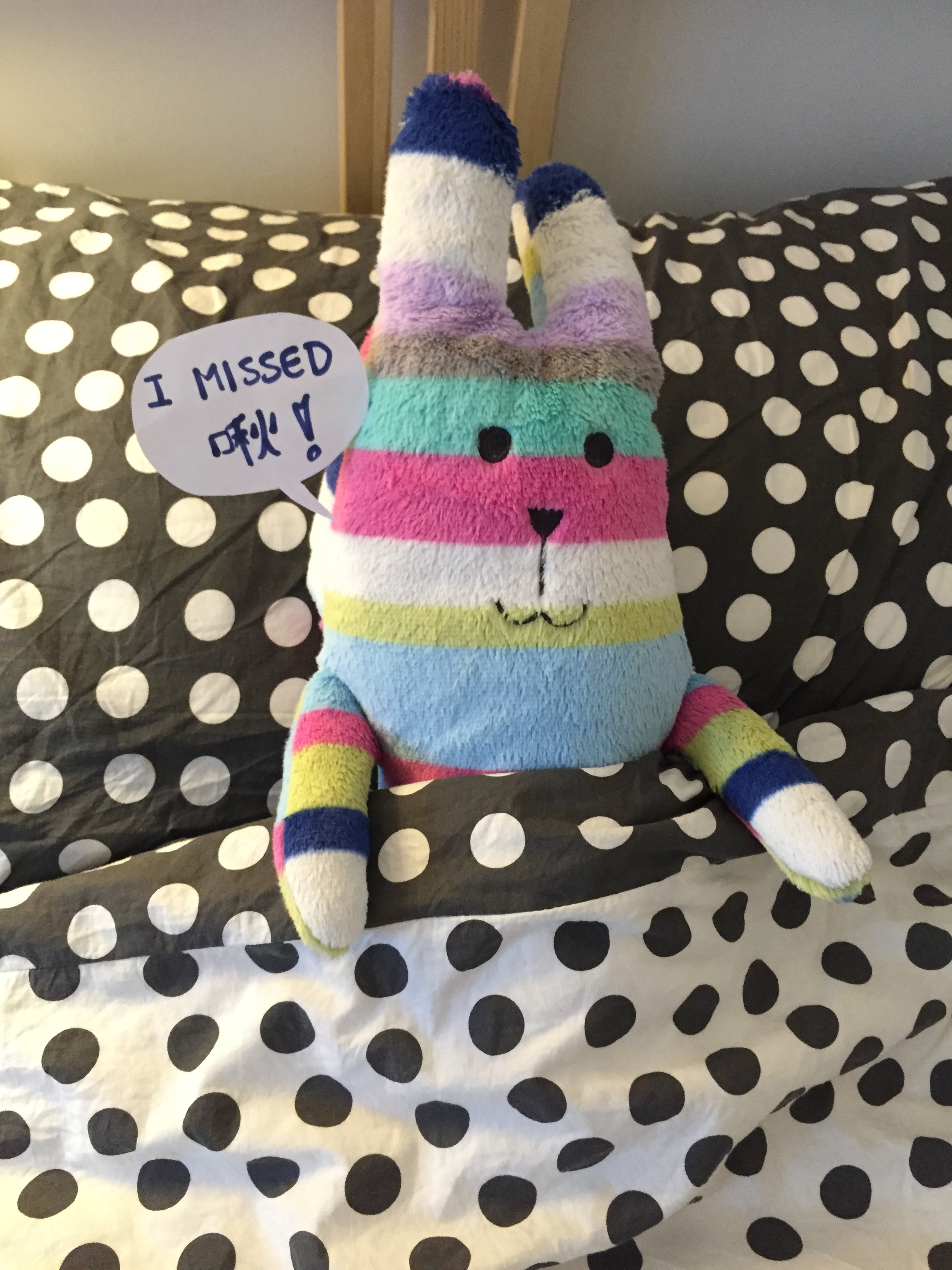 Prior to his presence, I had forgotten about my light and how to allow myself to feel. I had gotten used to building walls all around me so I could hide. But he helped me open up again. He helped me embrace who I am. And every single day we’re helping each other get closer to our authentic selves.

I never thought I’d have a Brazilian boyfriend one day. Brazil was an abstract concept to me before he entered my life. But now I’m learning Portuguese, and will hopefully visit next summer during the Olympics games.

One thing I’ve learned over the years is that human beings should stop making promises, stop saying things like “I’ll love you forever”. The reason is simple – life is an ever-changing process that becomes rigid and dull once our ego tries to hold on to the known and the familiar. So this is not when I say “and we’ll be happily ever after”. Instead, I don’t know what the future holds for us, but I’m happy to say that we’re welcoming more adventures and uncertainties into our lives, together, as Team Cute Vegan Virgo! <3

p.s. for all those vegan girls out there who’re having a hard time trying to find a vegan boyfriend – don’t give up yet. It’s possible! Also – “Latin lover” was how he called himself, not my invention 🙂