The Ming City Wall Relics Park is probably not on top of people’s must-go list when visiting Beijing, but since we’ve been living right across it for 8 months, we’ve had the privilege to explore this wonderful but lesser known gem. 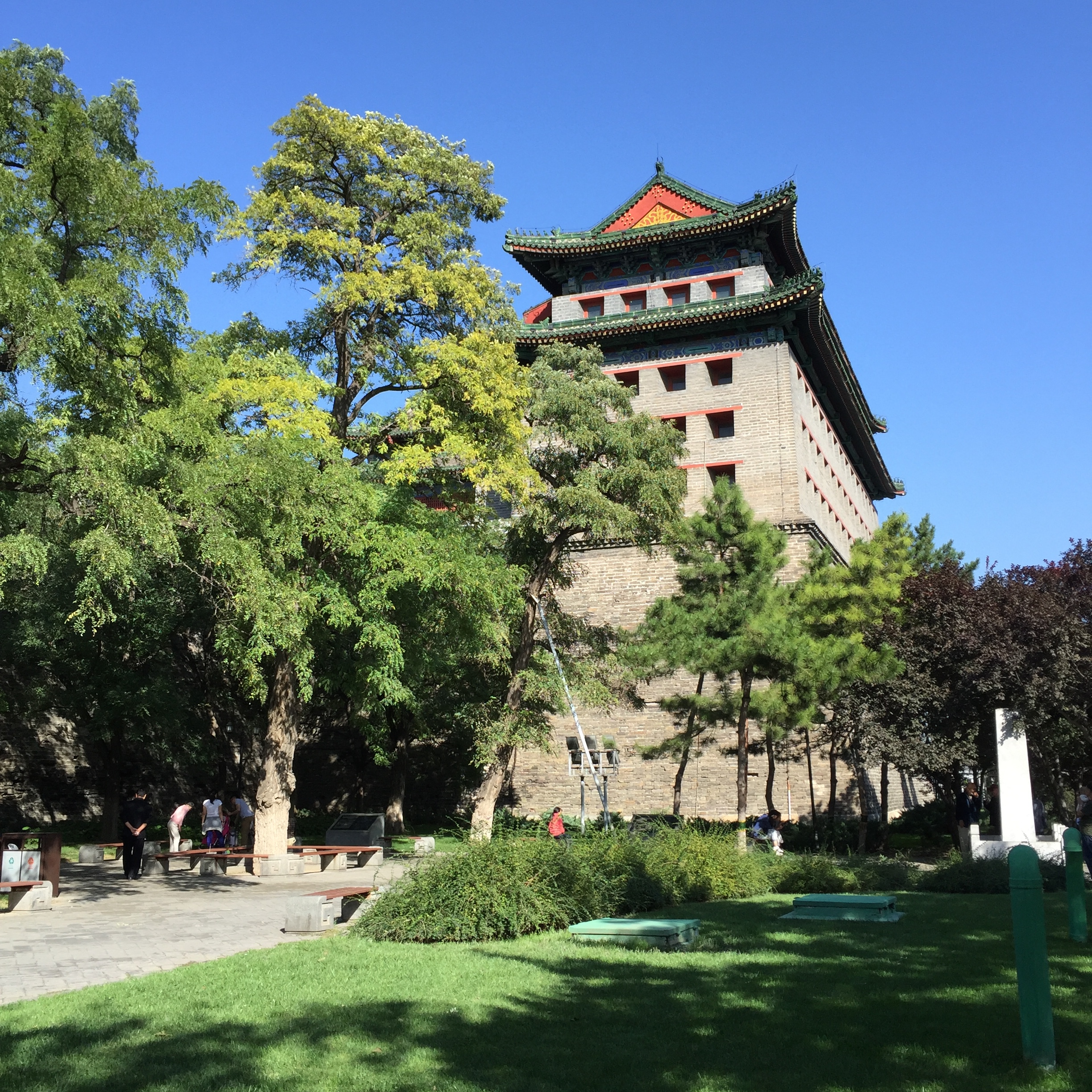 The park has the longest and best preserved section of the Ming Dynasty City Wall, and yet it’s still only 1.5 km long. The wall was originally built in 1419 during the Ming Dynasty, but much of it was torn down in order to build the railway right next to and beneath it in the 60s.

Last weekend we went up to the Southeast Corner Tower hoping to sit down at a cafe up there, which was proven to be a city legend. There’s no cafe – but there’s the Red Gate Gallery and an exhibition of how the city used to look like. Even better!

I remember when I first moved to Beijing, I was so confused – the whole subway line 2 basically consists of stations of “gates”. Chaoyang Gate, Dongzhi Gate, Xizhi Gate, etc. Once I was trying to meet up with a friend. I was on the phone with her, and said “I think I got here already, but I really don’t see a gate so I’m not sure if I’m at the right place”. Later I realized it was because everything was torn down in the 60s, which was extremely sad from cultural and historical perspectives. From the photos below, we got a glimpse of how it was like in the 20s. 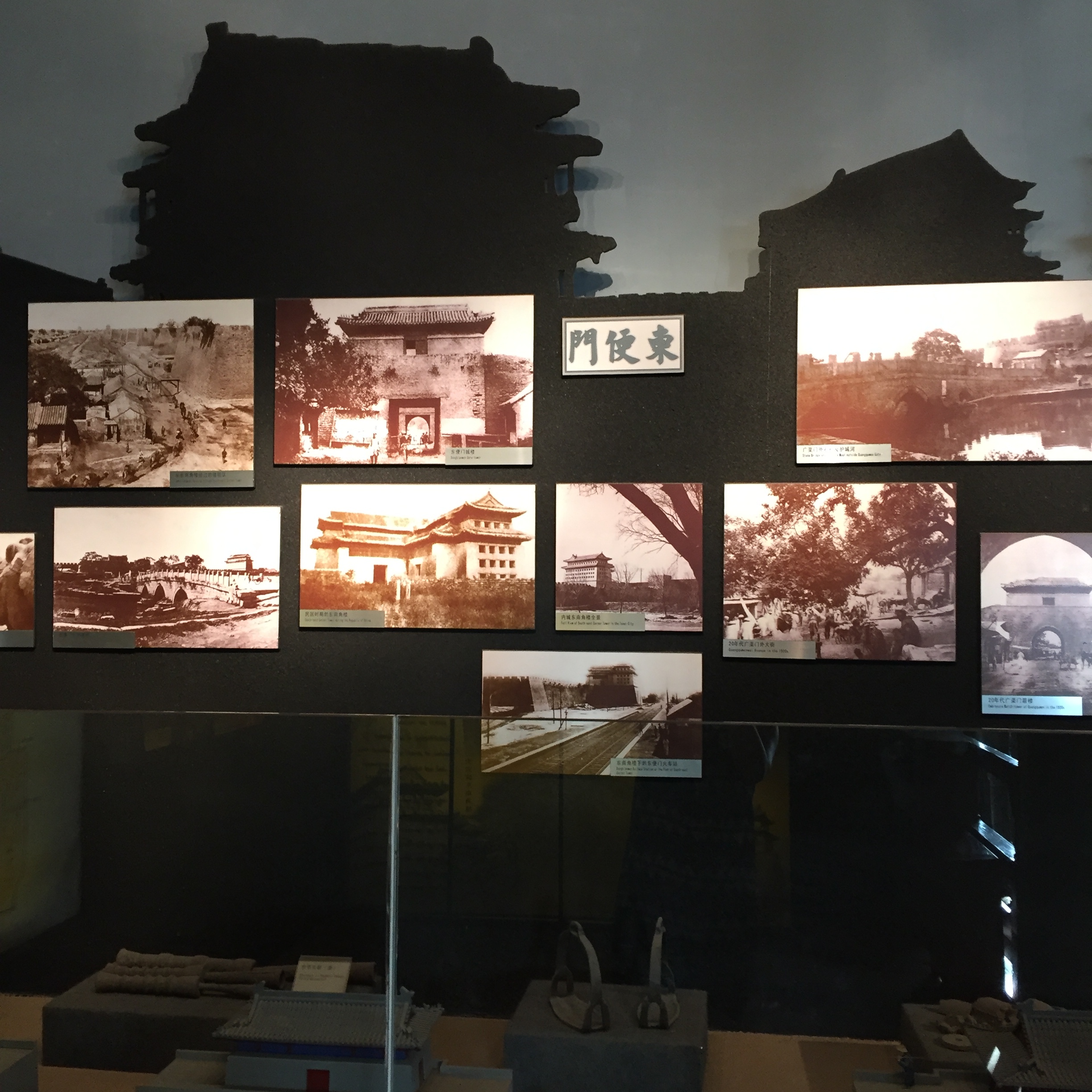 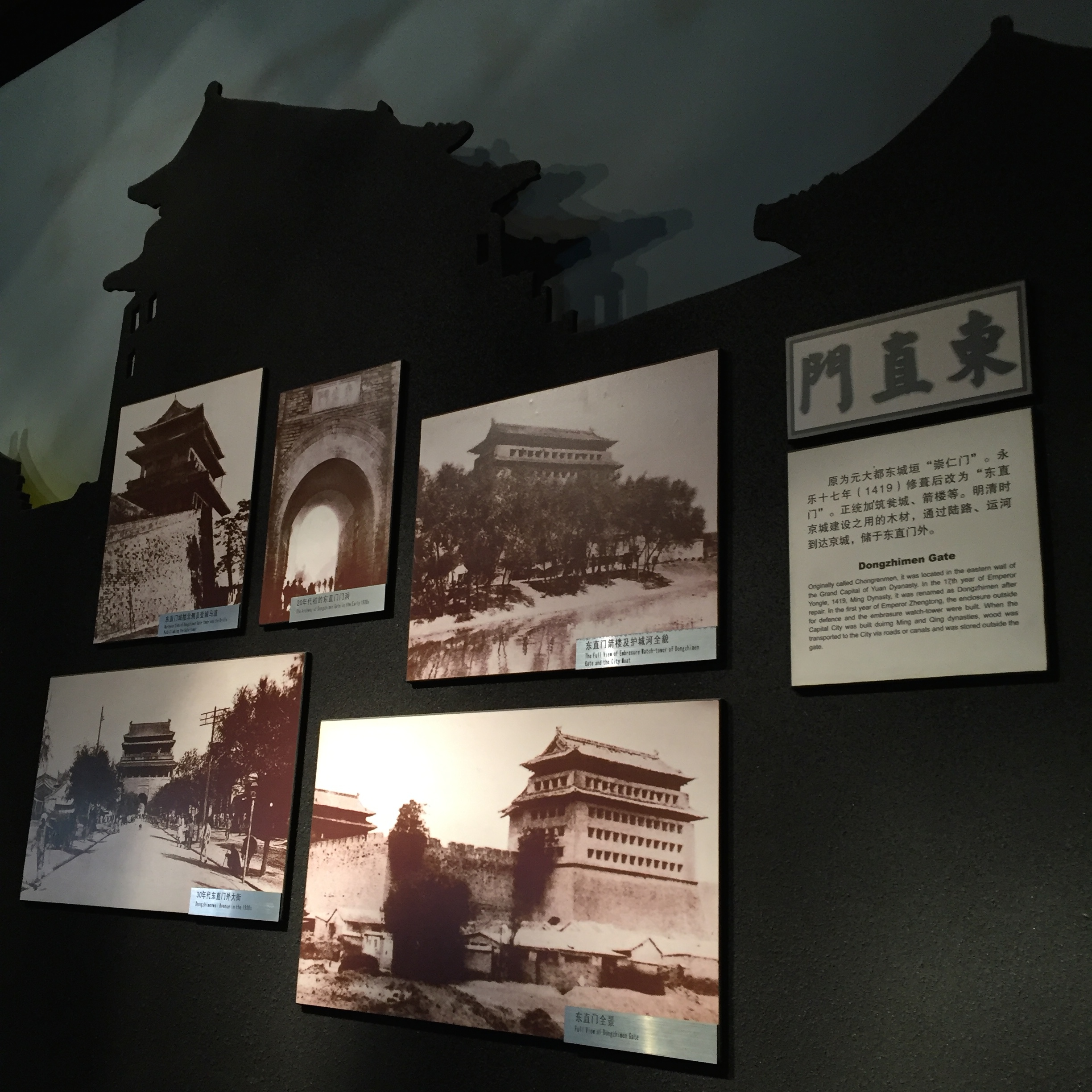 We took like a hundred photos on the corner tower because we were too excited that we were up there! <3 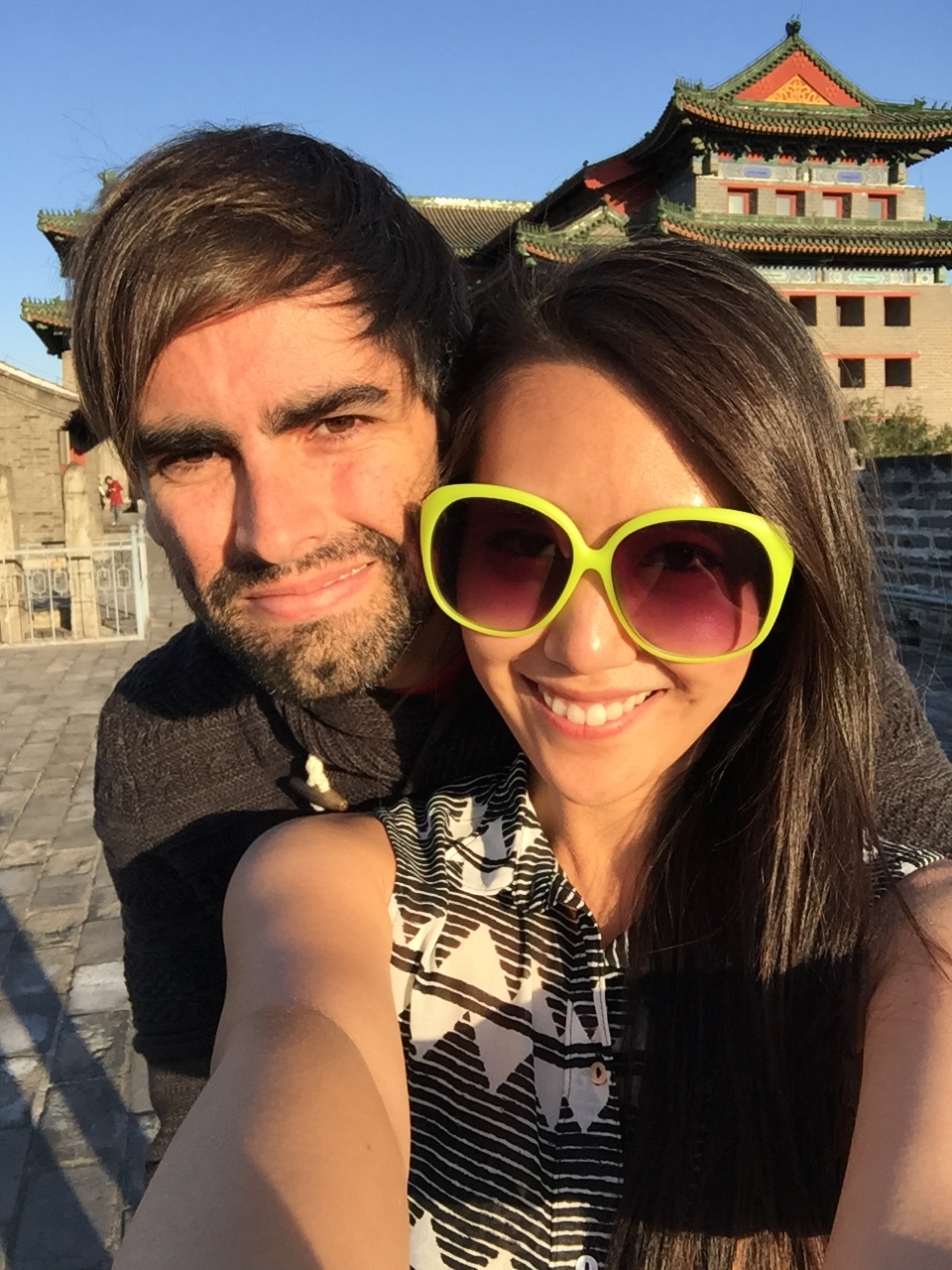 It was a clear day when we went. Lucky us, we got to see the sunset (and even our apartment building!). 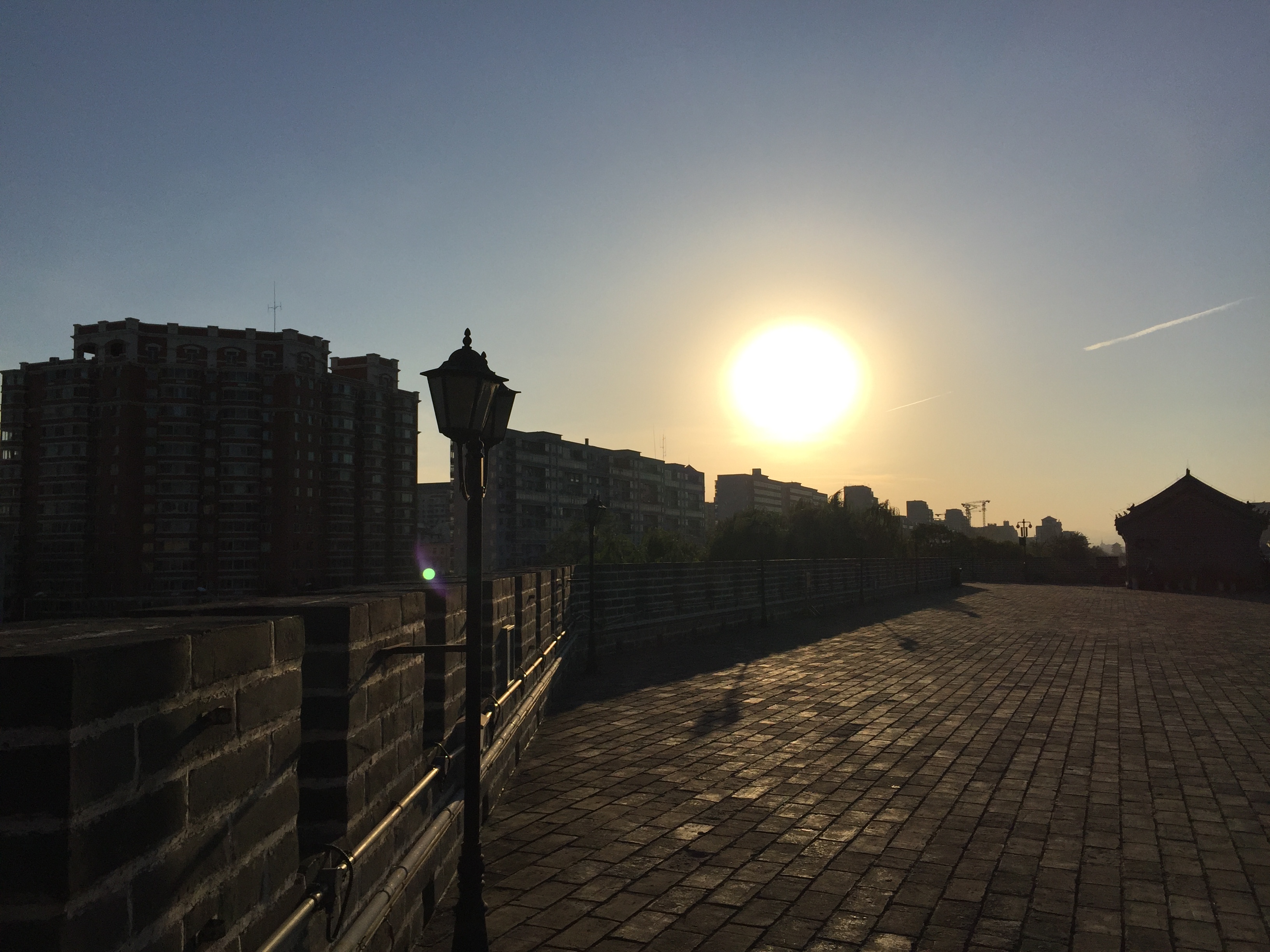 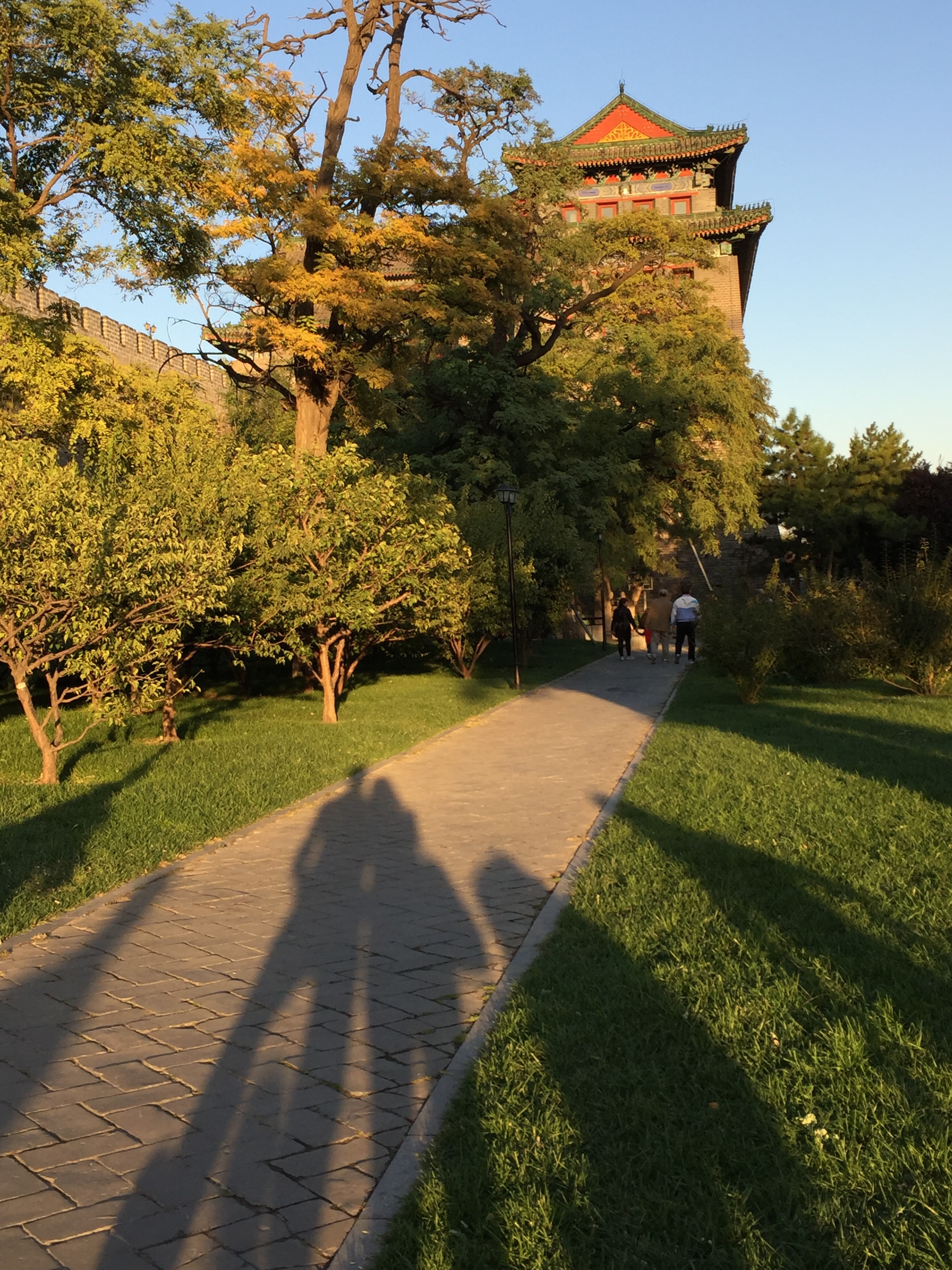 Besides the corner tower, the park itself is also amazing. When we first got here in early spring, most of the branches were still barren, but peach blossoms were everywhere. 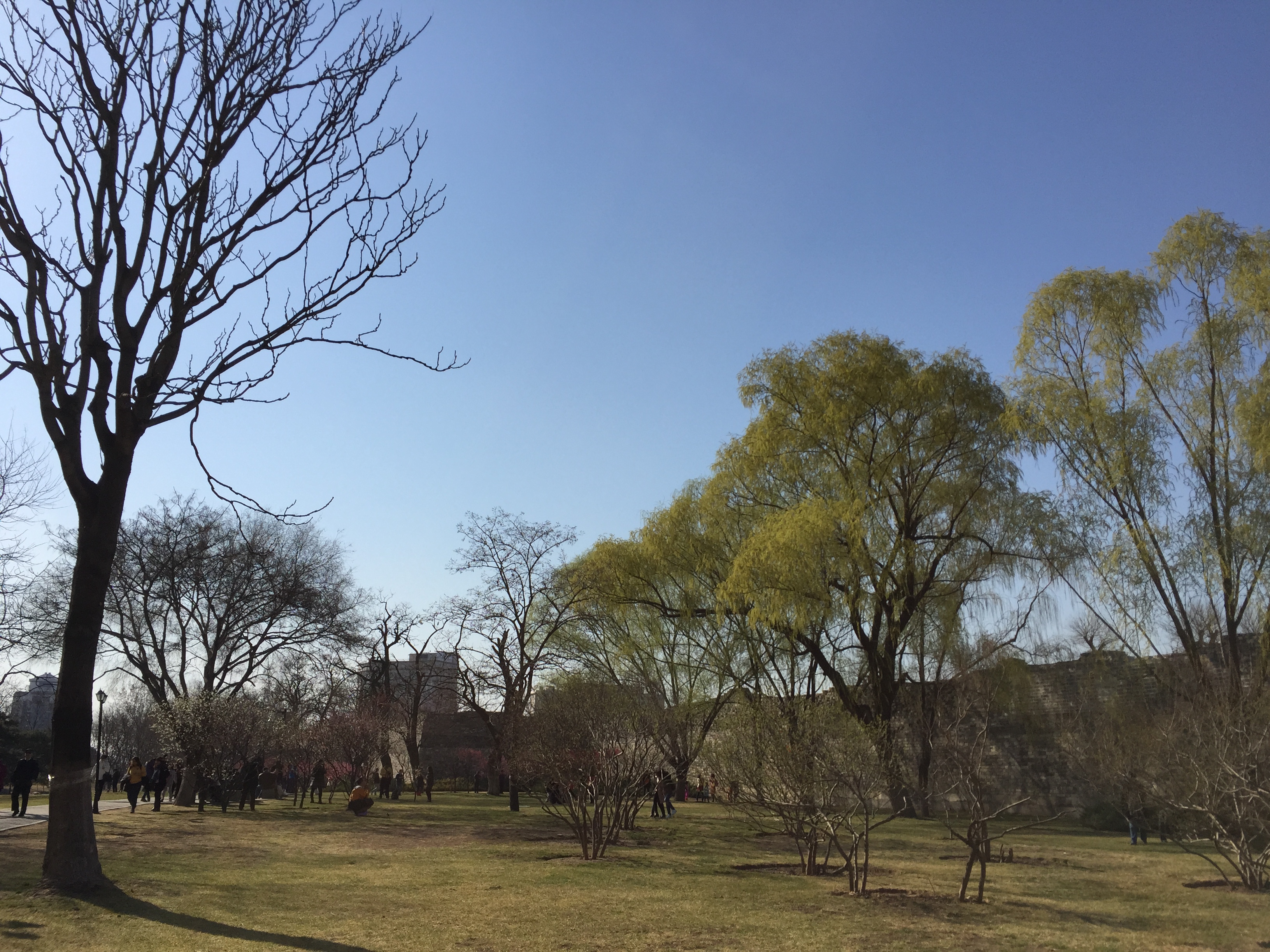 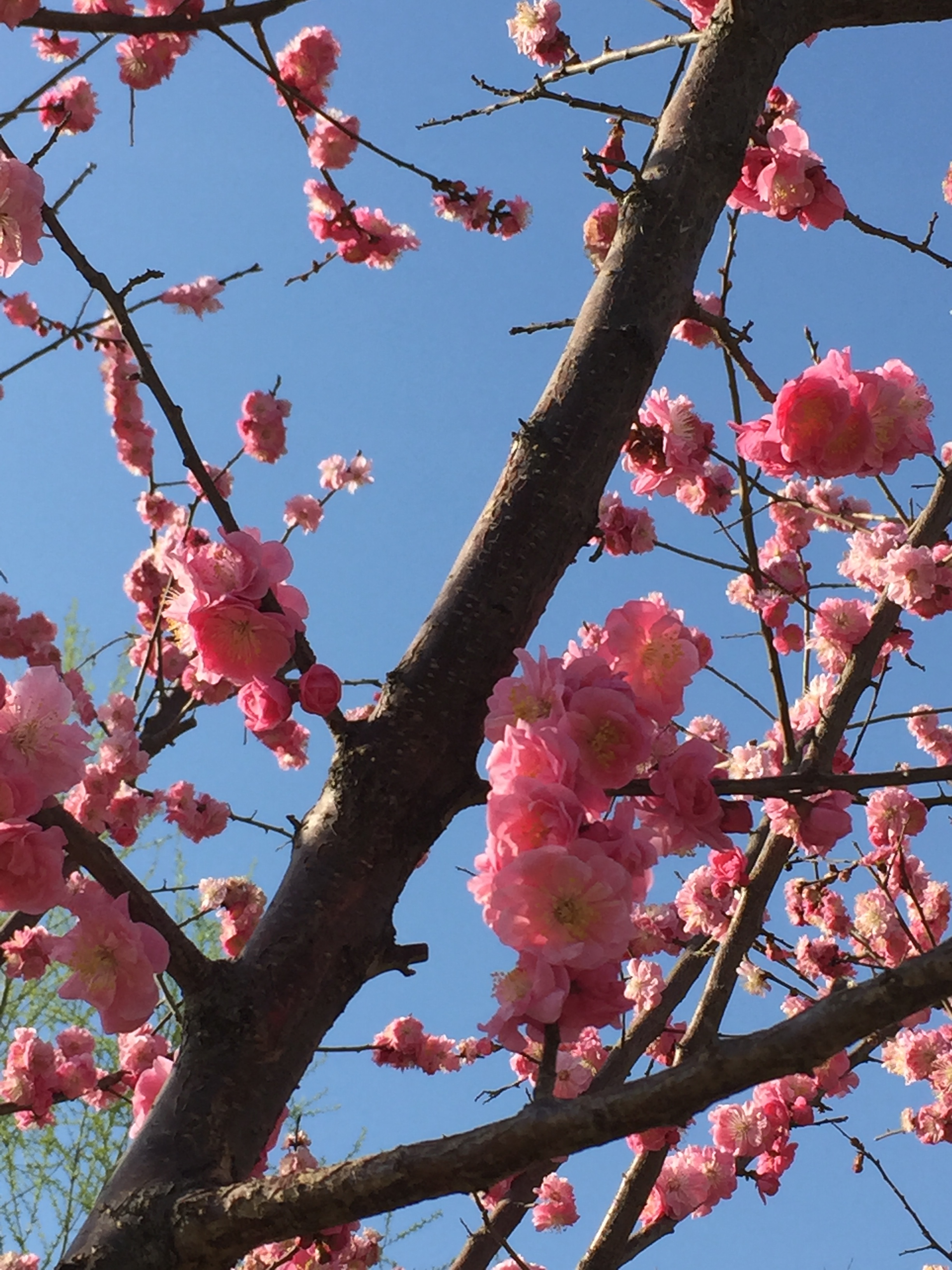 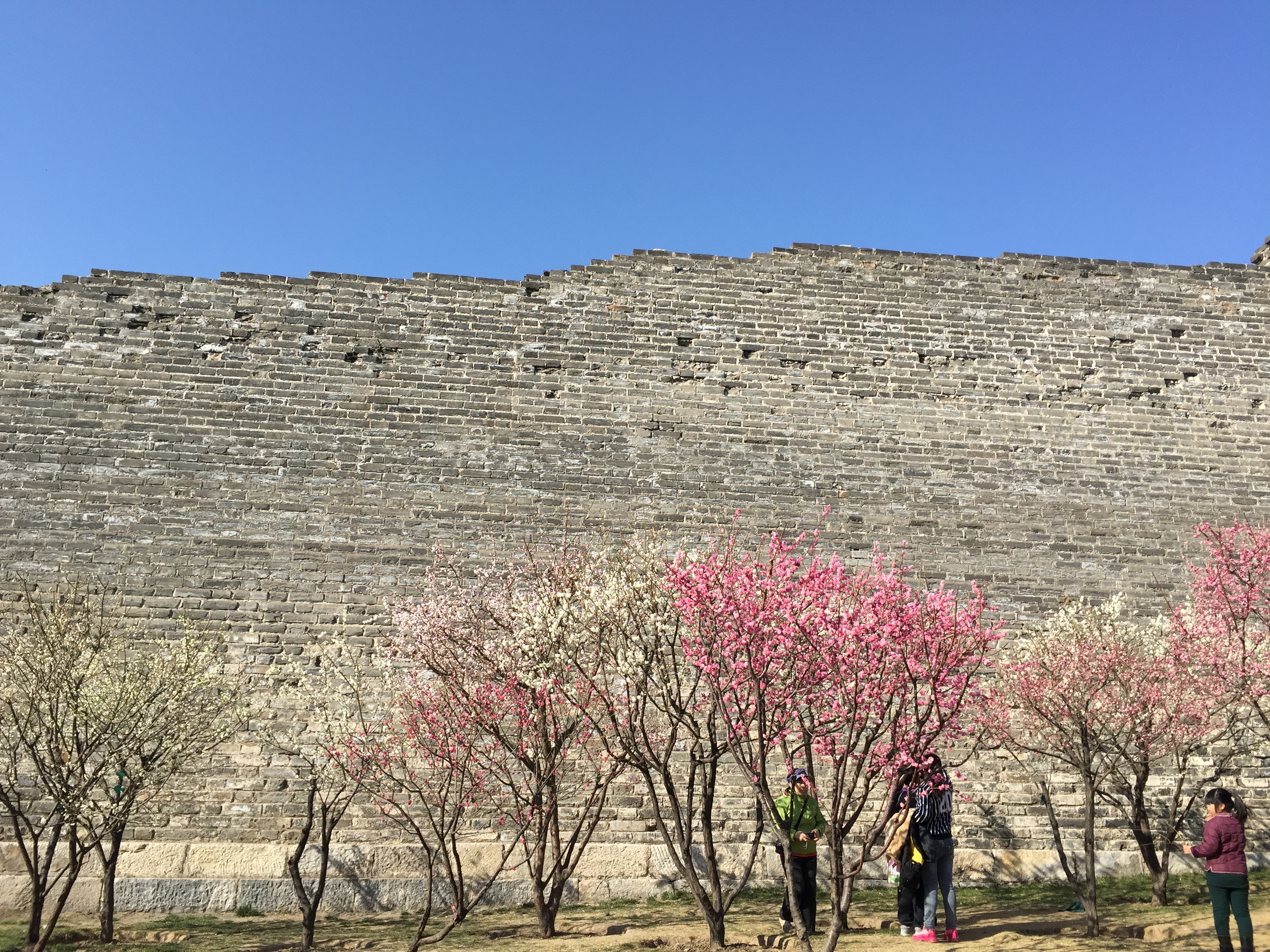 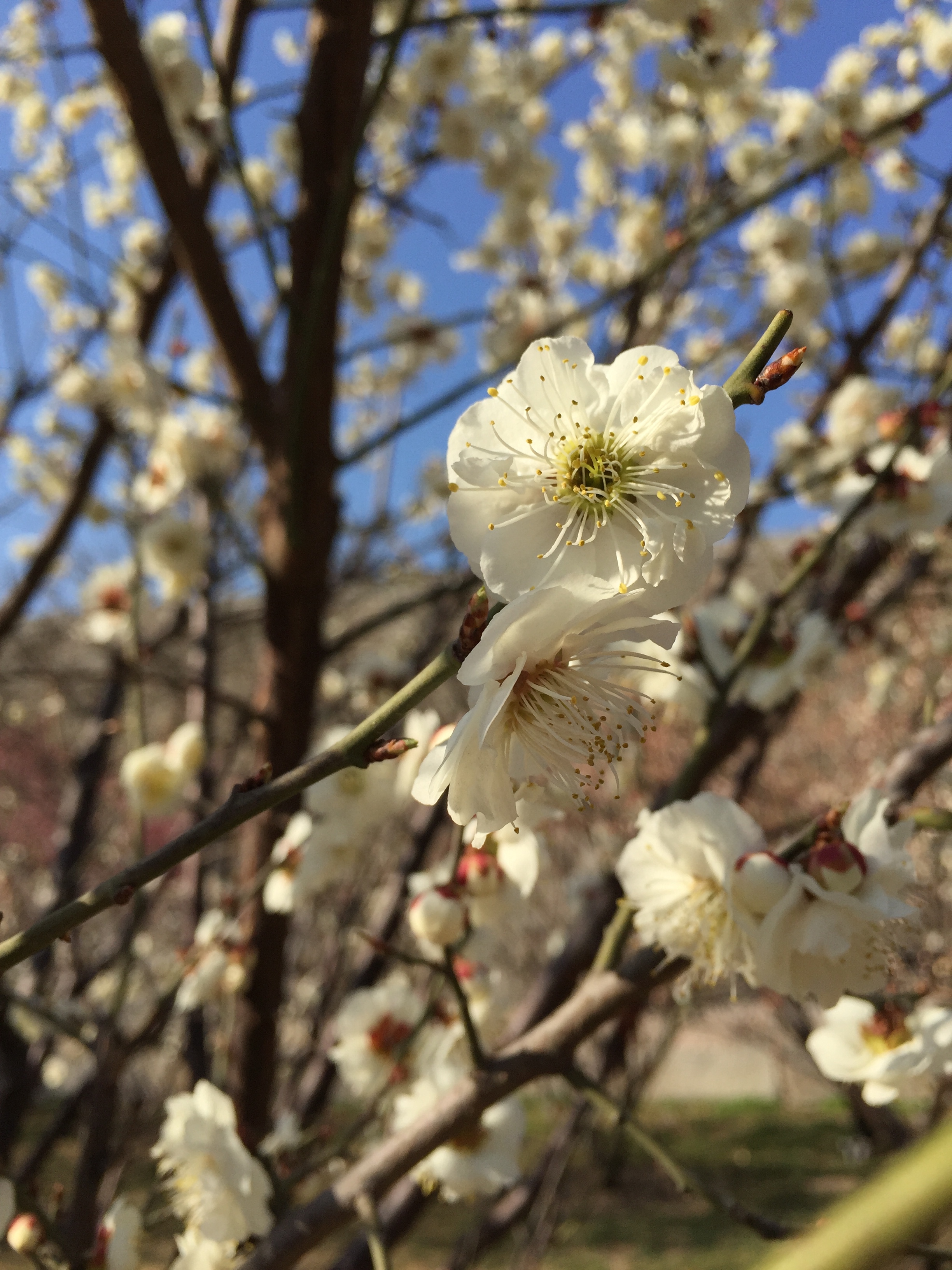 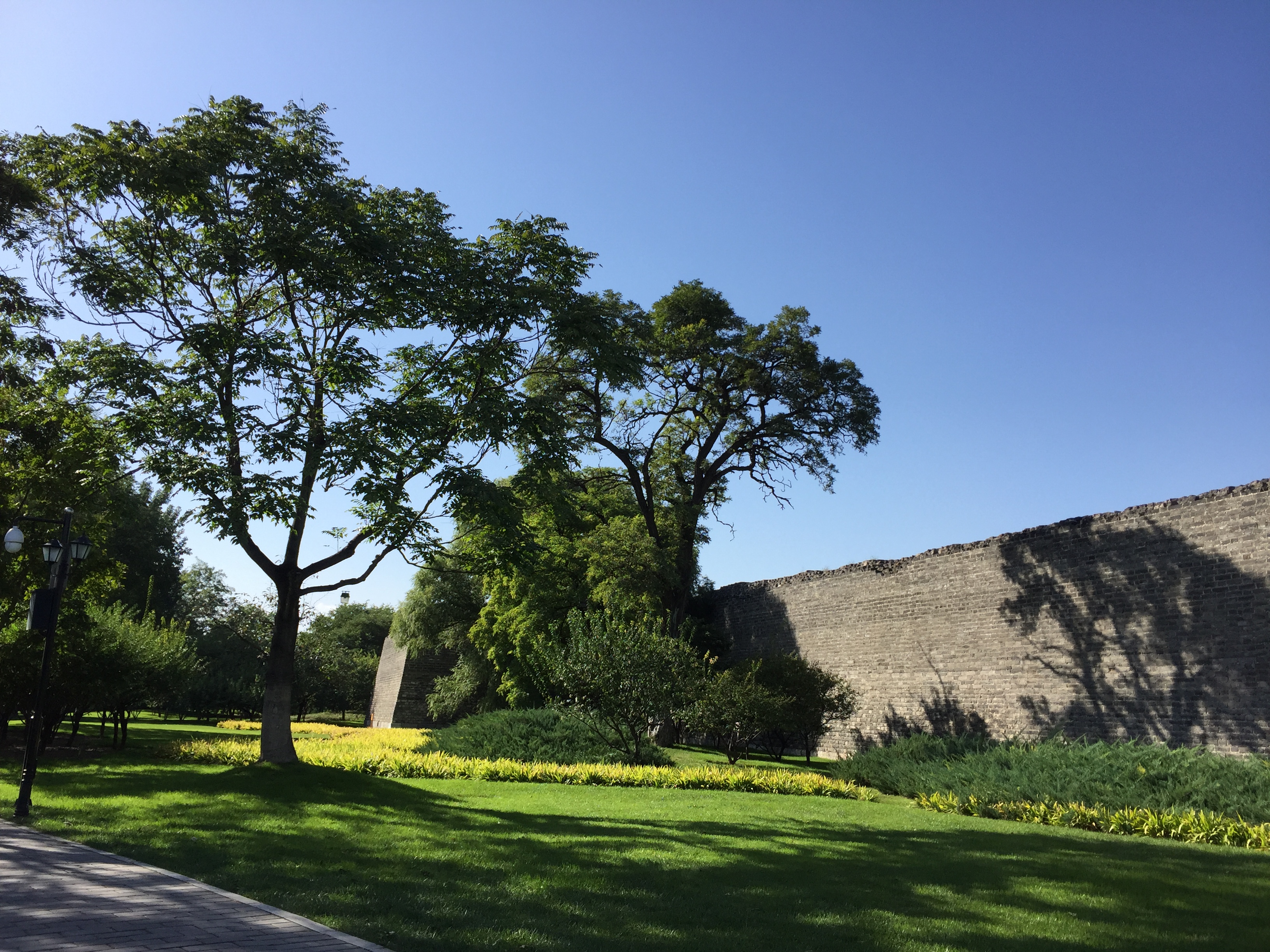 At night, hundreds of grandmas and grandpas would usually come out and do square dancing. I guess it was their off day when I took the photo 😛 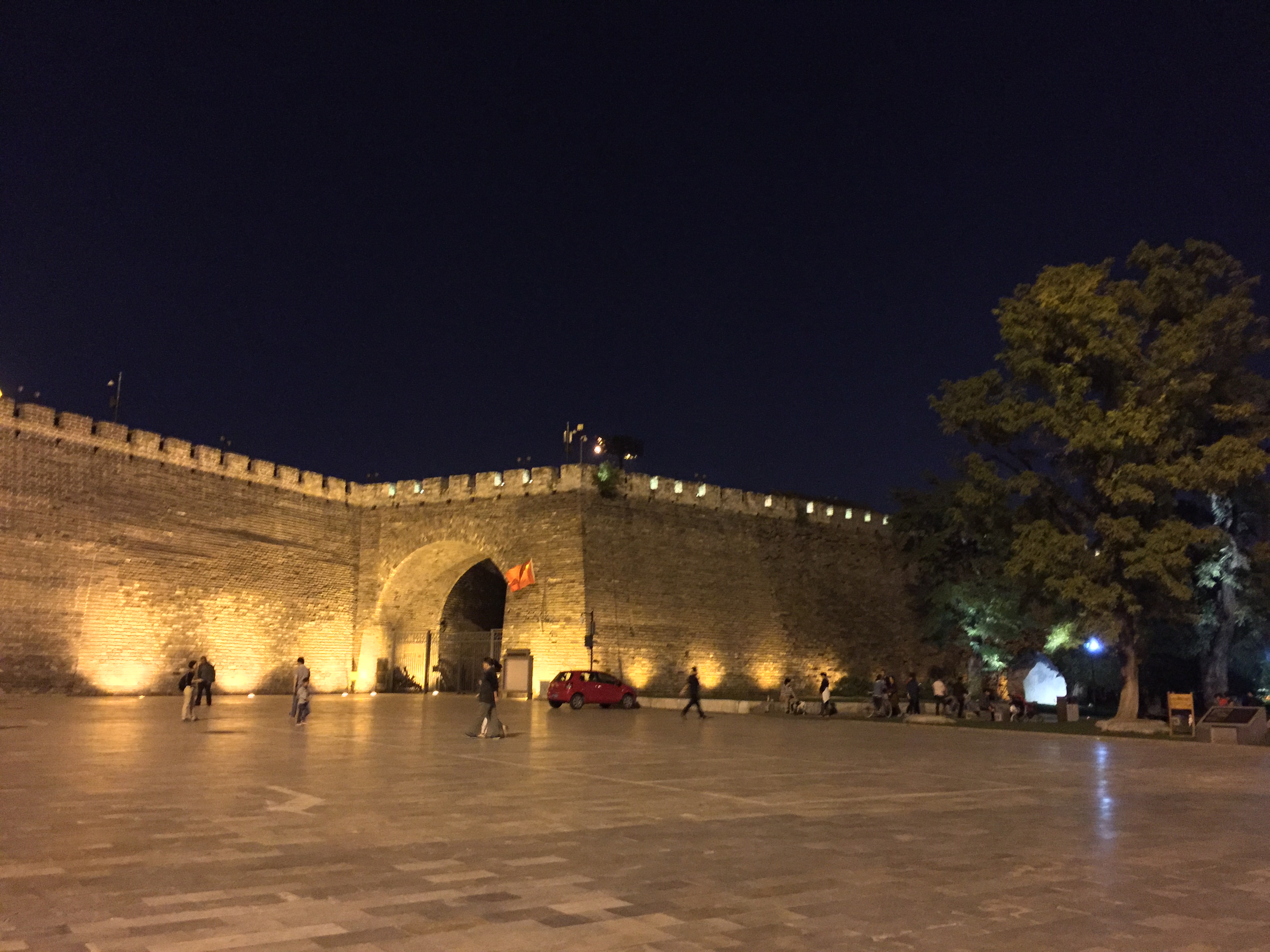 Sometimes when I miss nature, I would go there and sit down. It’s like you walk into a “nostalgia shop” and experience the strange feeling that the past and the present are interwoven and even happening at the same time, that it’s just our limited consciousness that’s stopping us from comprehending the mystery of the universe.

I’m so grateful that this has been our backyard for the past 8 months. I know wherever we go in the future, we’ll always remember this place and all the unforgettable memories of Beijing. Here’s to more adventures to come ! 🙂