I have mixed feelings about this restaurant. On one hand, their food isn’t bad. On the other hand, I have an issue with their business ethics. 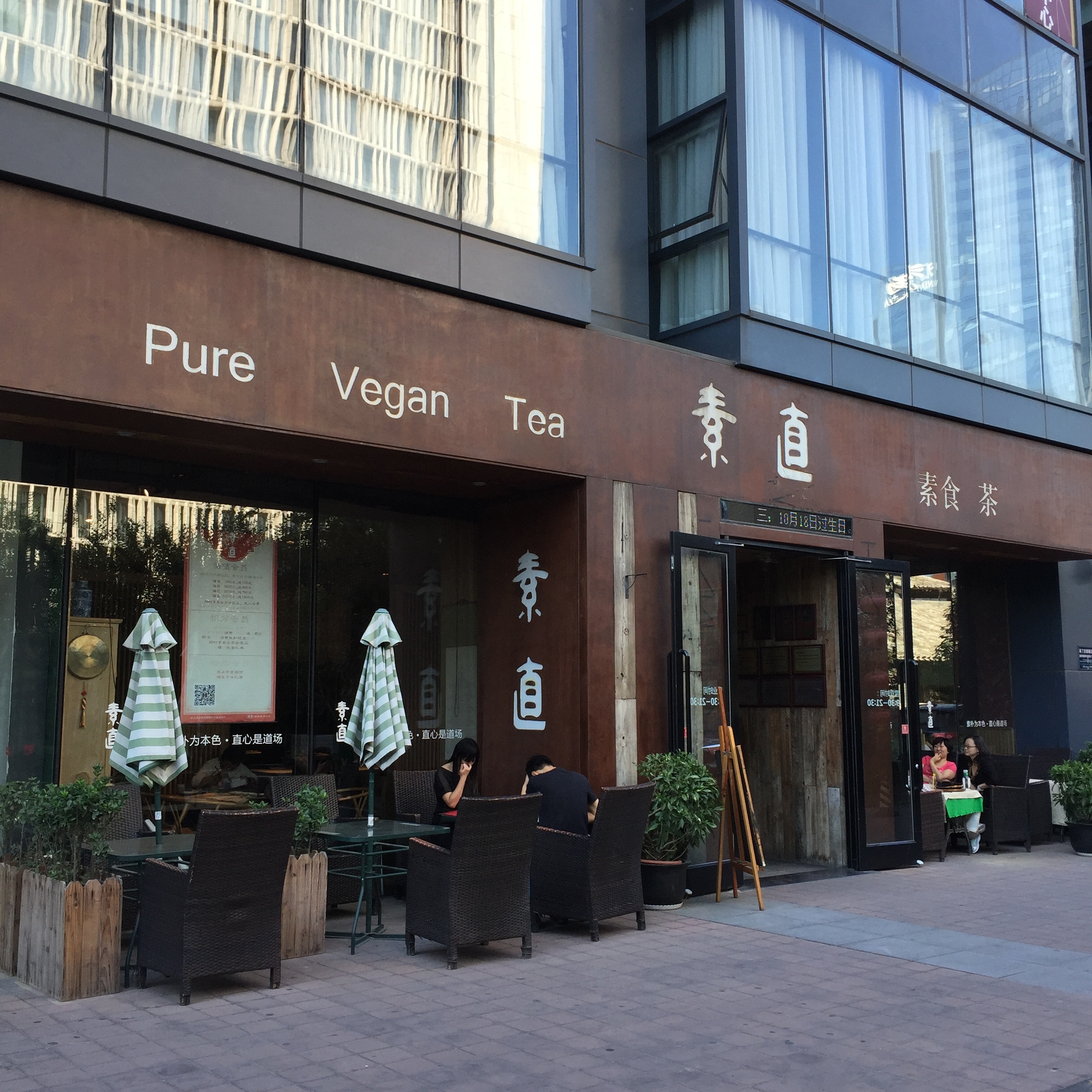 Yes, it says “vegan” outside of the restaurant in huge letters. But vegans beware – the restaurant not only serves cheese made from cow’s milk, but also has honey and even kopi luwak (civet coffee)! According to a friend who knows the chef, they’re trying to be vegan but aren’t there yet. I personally think it would have been nicer to start marketing themselves as vegan AFTER they’ve made the switch, but…oh well. Narayan likes it there and that’s why we still go from time to time. At least they’re trying to be vegan, so that’s applaudable.

The interior of the restaurant is actually quite nice. It’s quiet and cozy, and I can imagine myself spending an afternoon sipping green tea here. 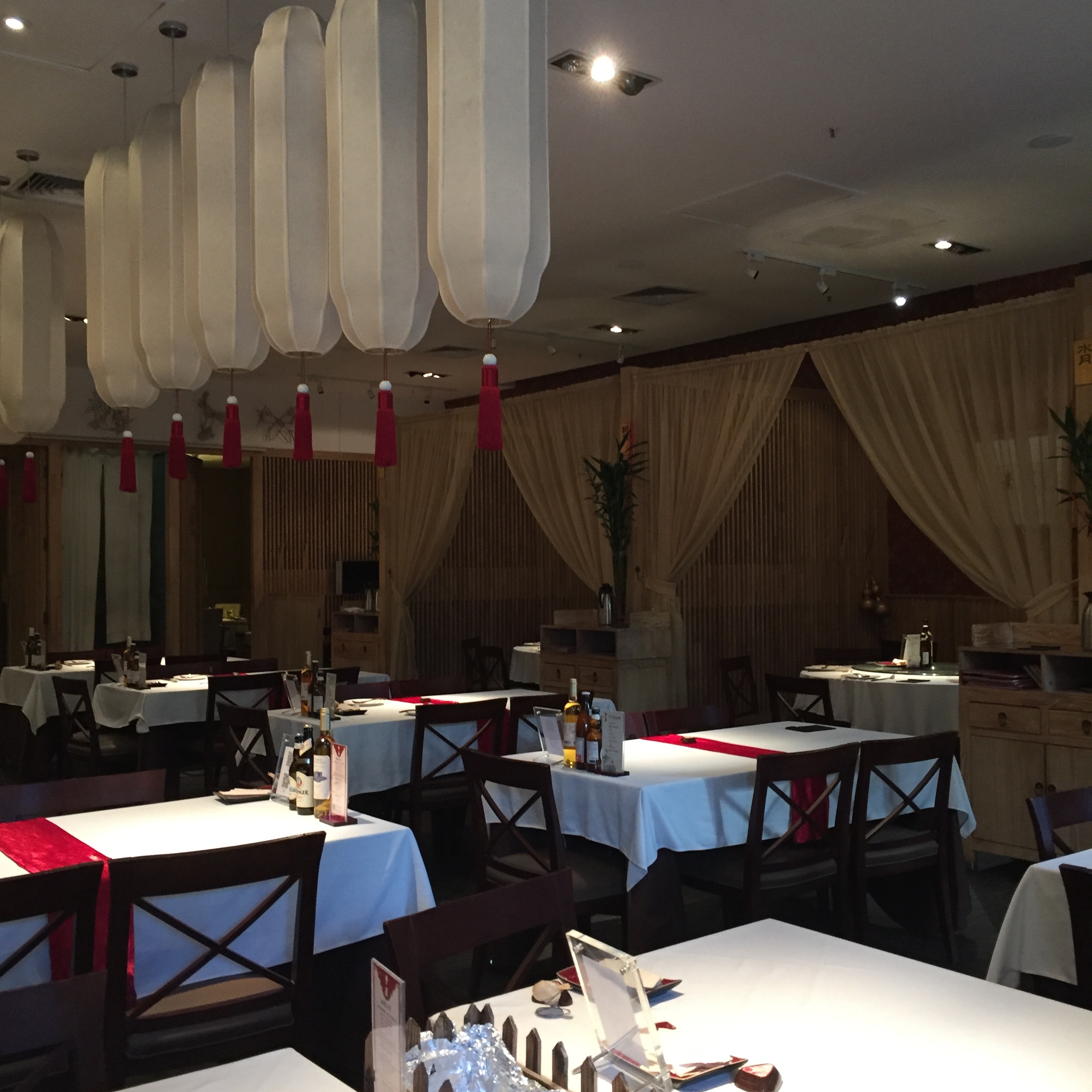 Before the meal, they served us this fancy fruit plate with dry ice. 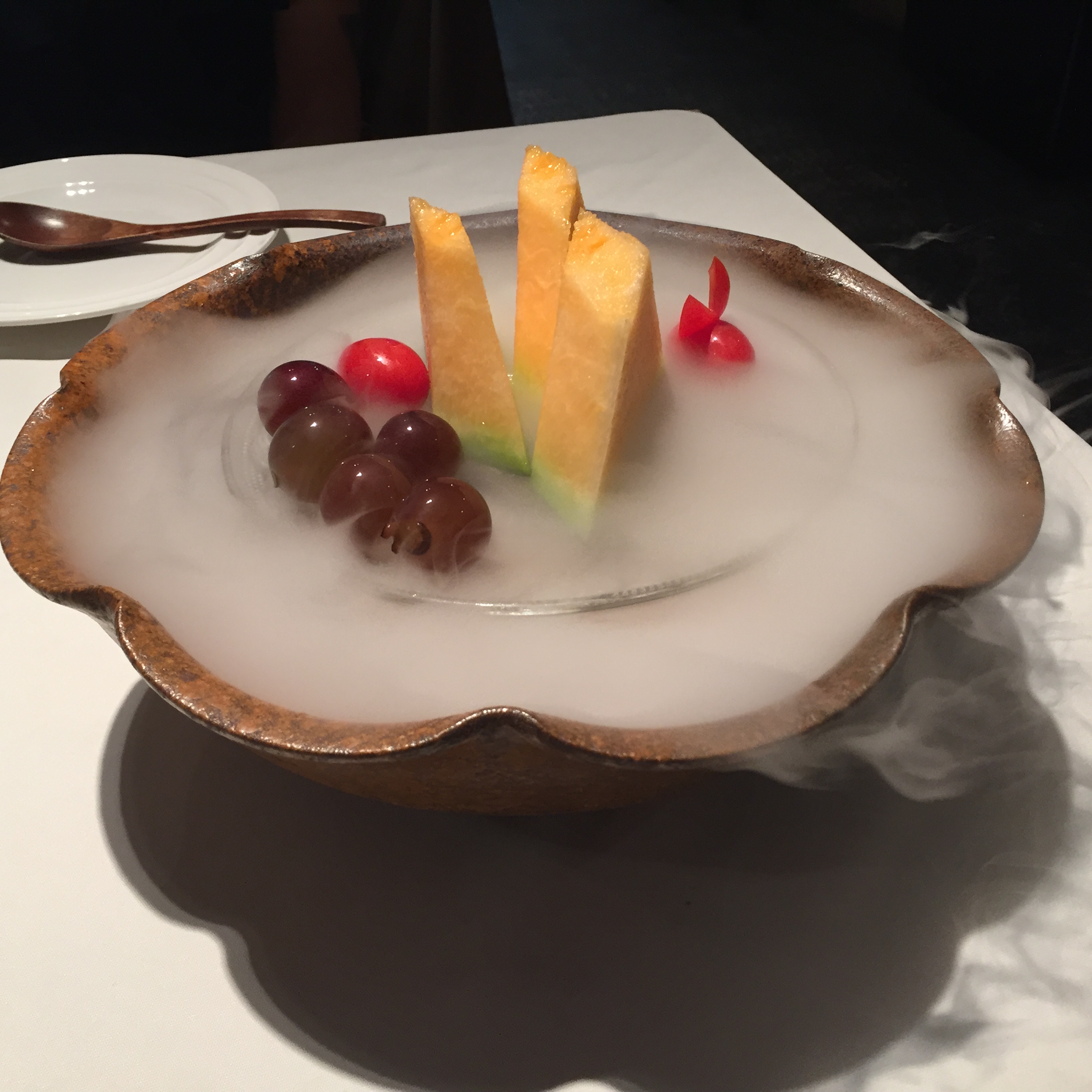 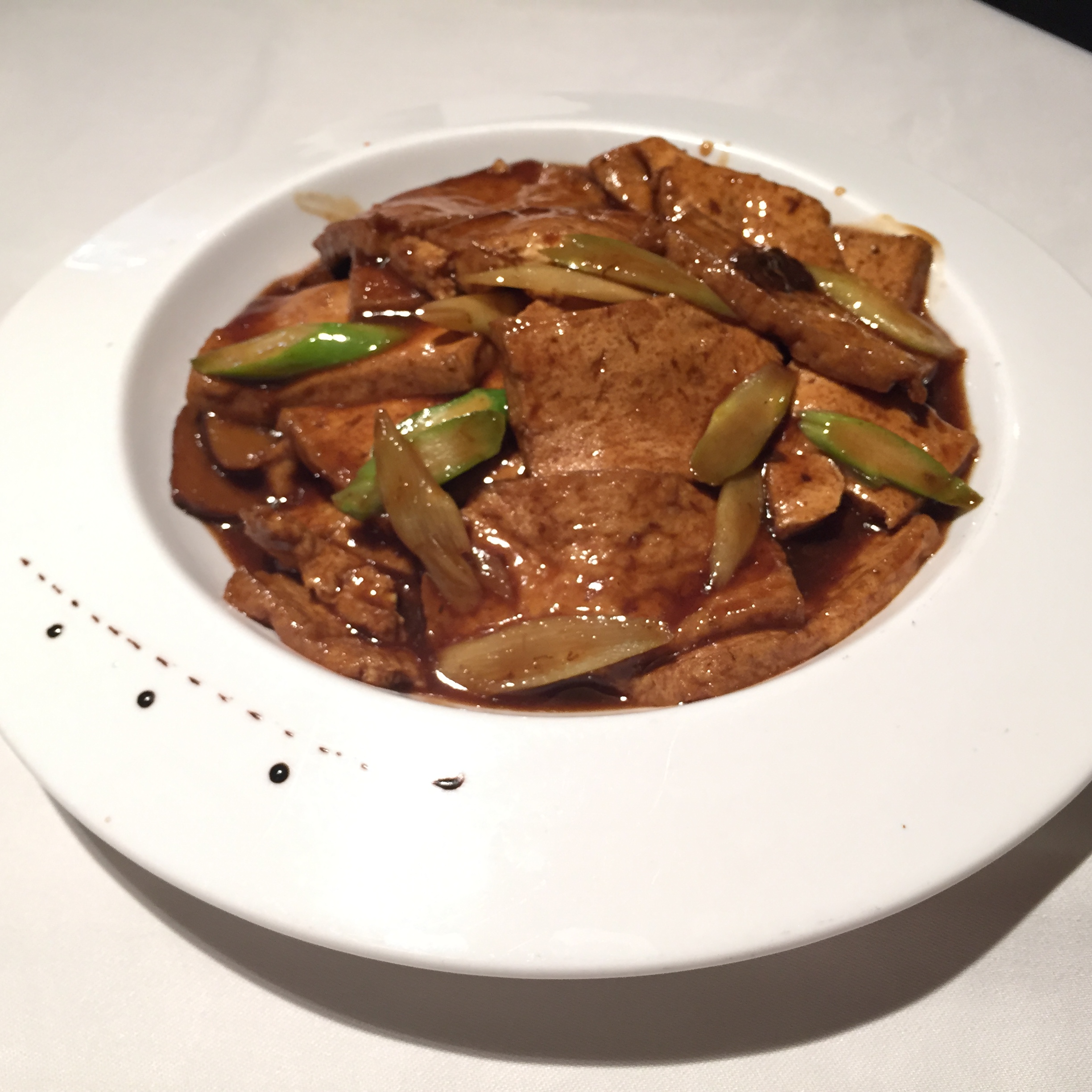 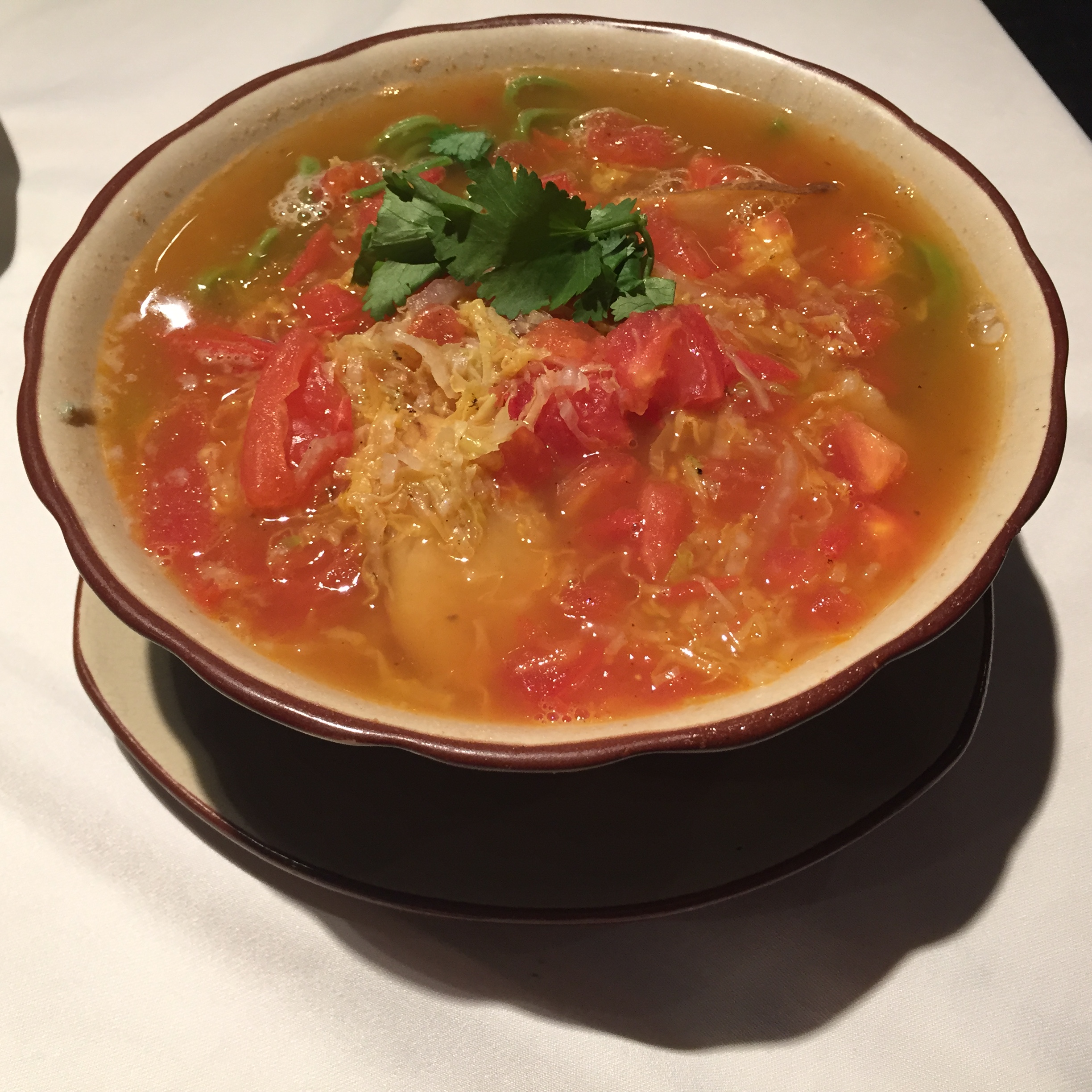 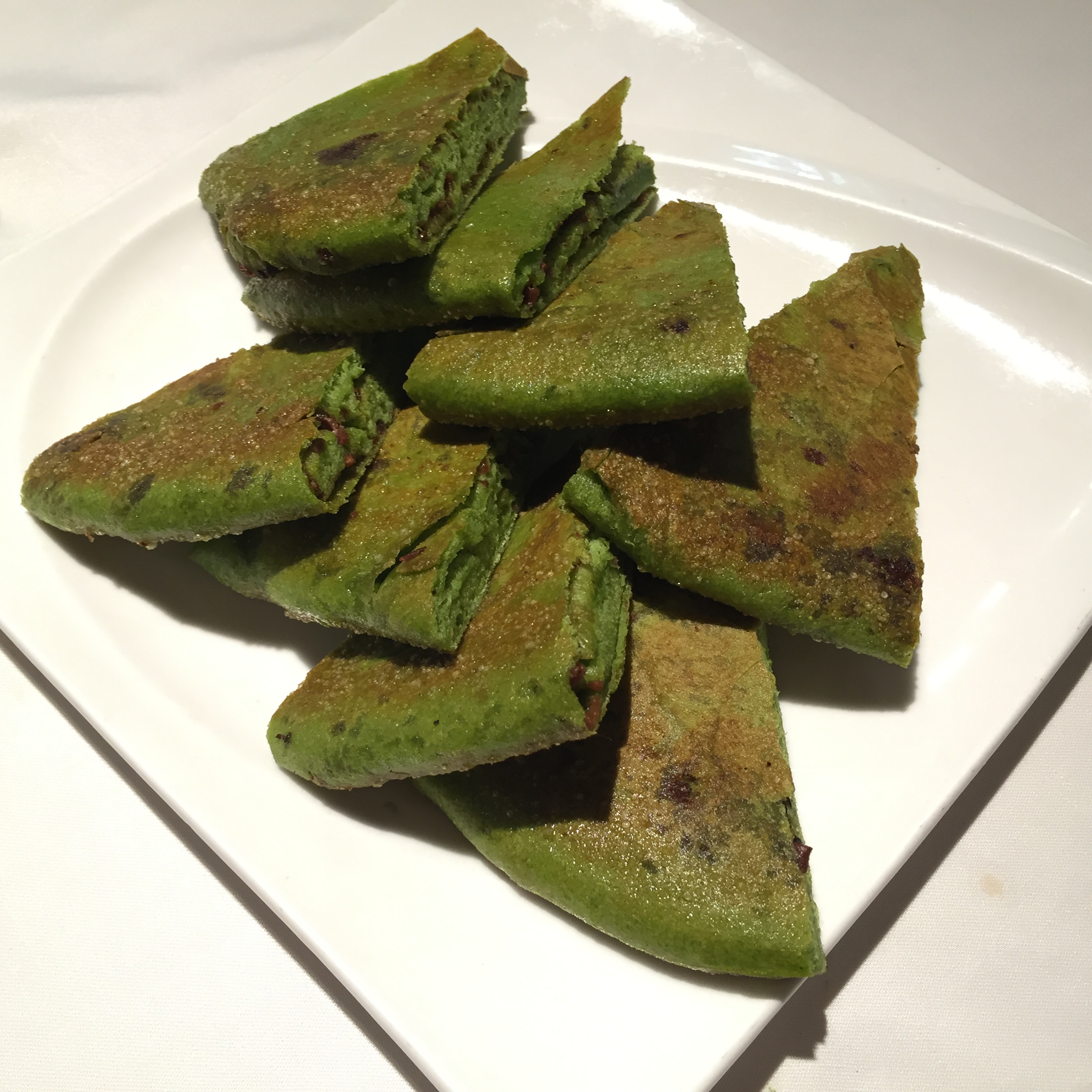 As I said their food is actually quite nice, so it doesn’t hurt to give it a try. Just don’t order a pizza because there’s real cheese on it! Maybe next time I’ll bring my own vegan cheese and their lives will be changed forever after they taste it 😛