Yesterday Narayan’s organization Green Student Forum (GSF) and Swanport Coffee at Galaxy Soho hosted a workshop on how to end boring meetings and create meaningful & fun ones. I was lucky enough to be their interpreter, both consecutively and simultaneously. When Narayan talked about the Chaordic Stepping Stones, I interpreted his sharing into Mandarin, and when participants shared their learnings, I interpreted simultaneously into English for him to understand. 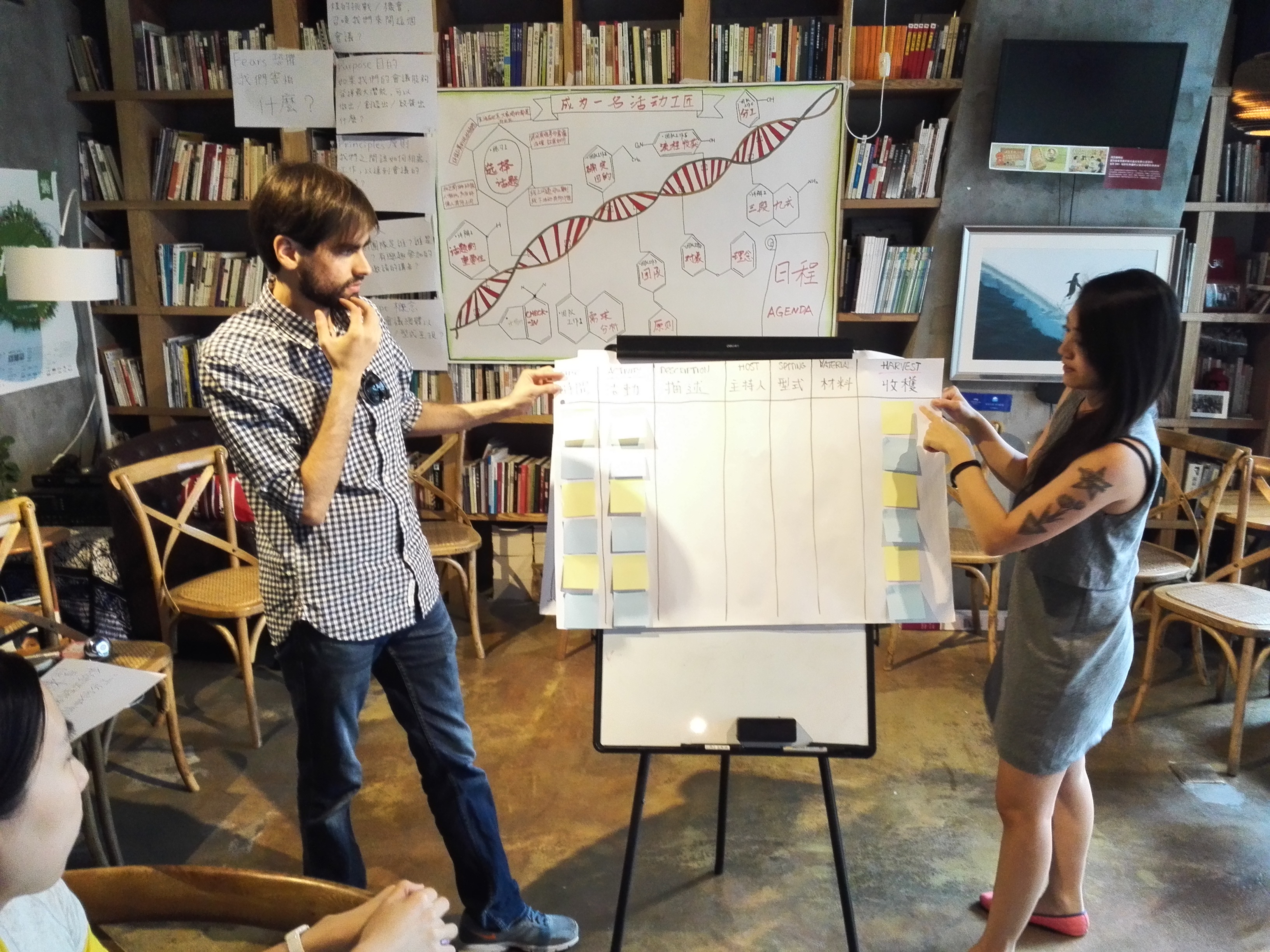 The workshop took place at Swanport Coffee because the owner of the cafe and the initiator of the project, Weiya, had seen so many bad meetings being hosted at his cafe and finally decided “this is enough”. It’s time to work together to create meaningful meetings that bring about positive changes in participants’ lives. 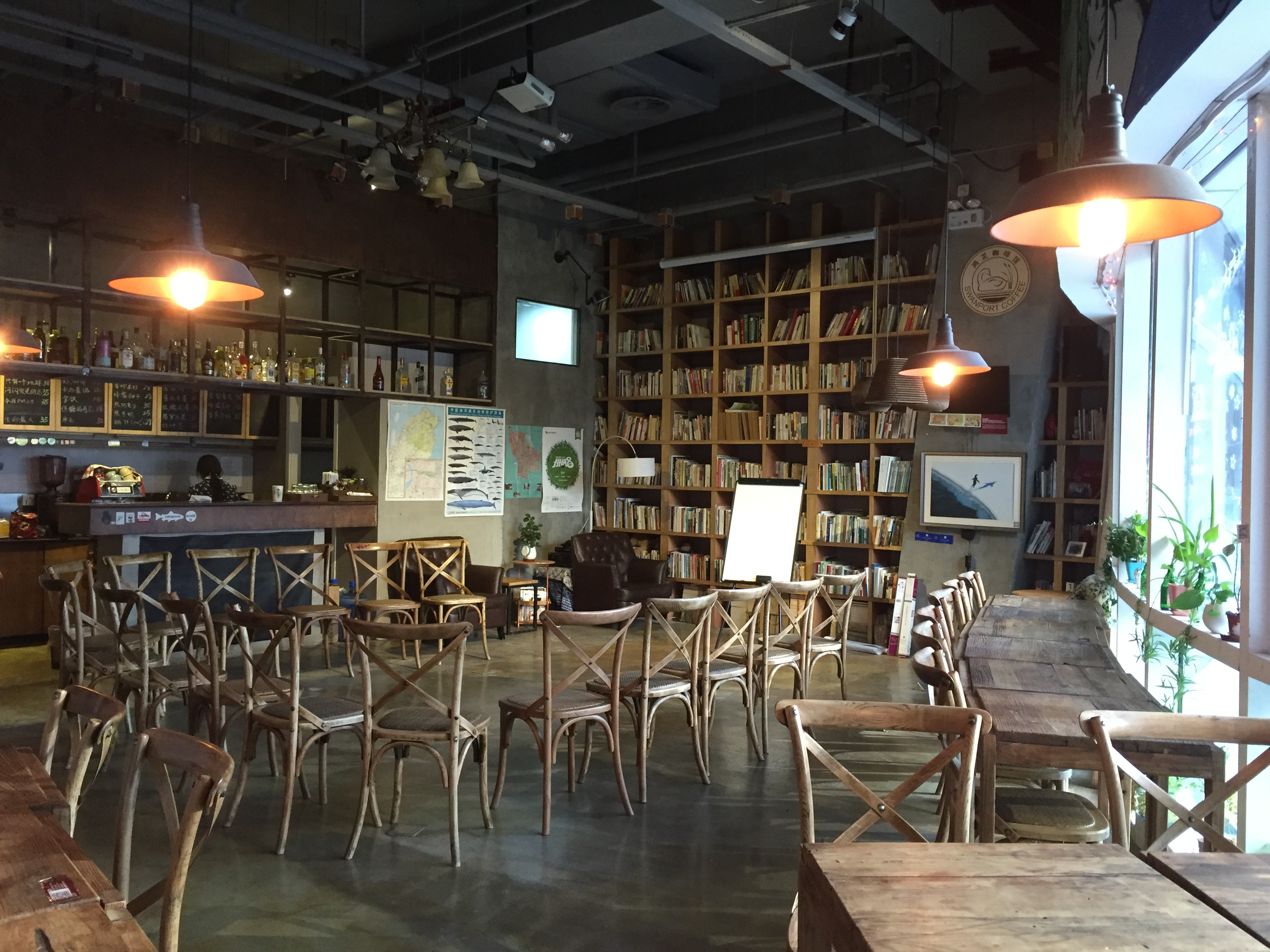 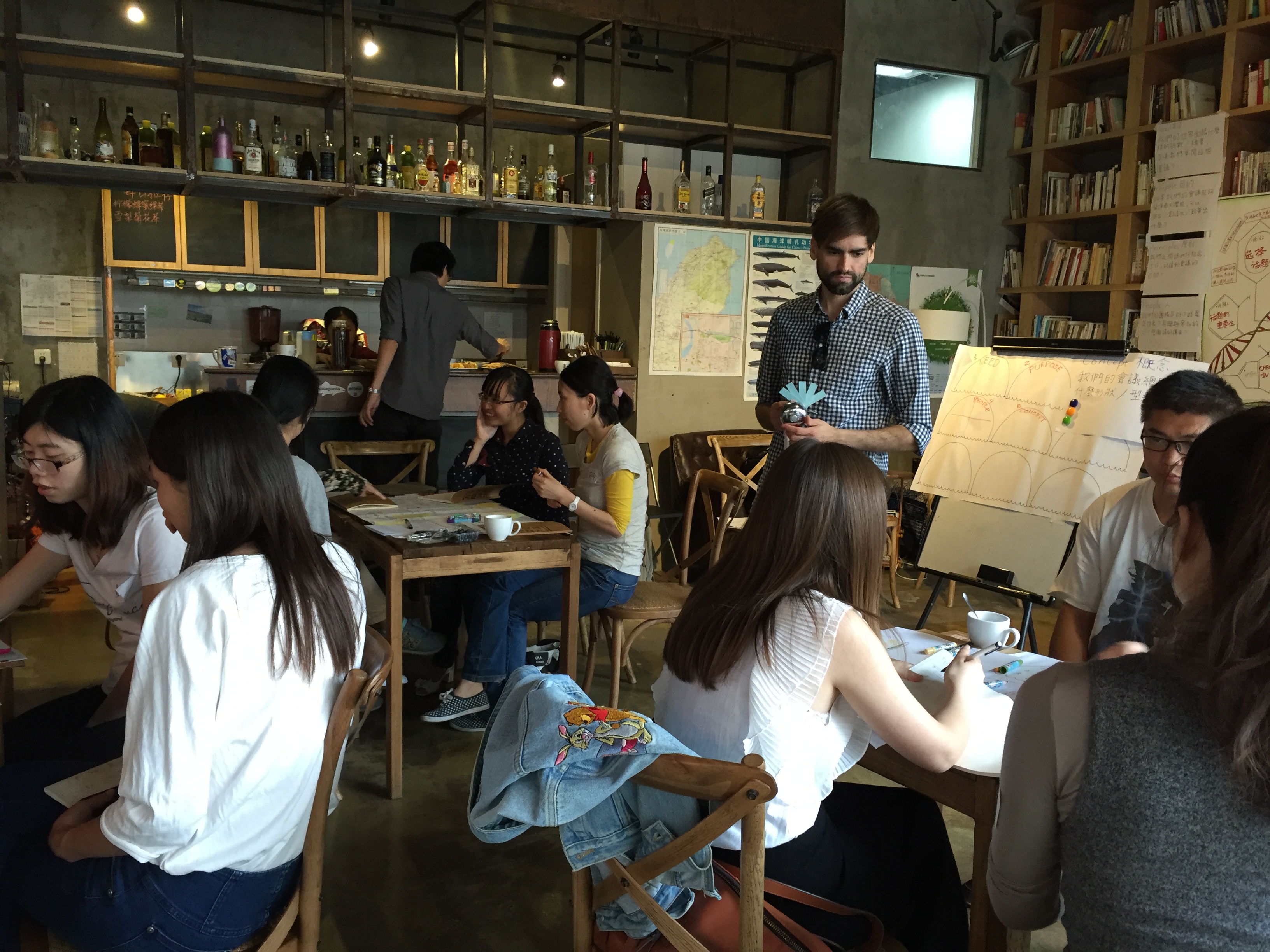 I went to graduate school for interpretation for two years and practiced almost everyday back then, but I have to admit after leaving school I don’t practice as much I should. However, it was still super fun and a bit challenging at times. 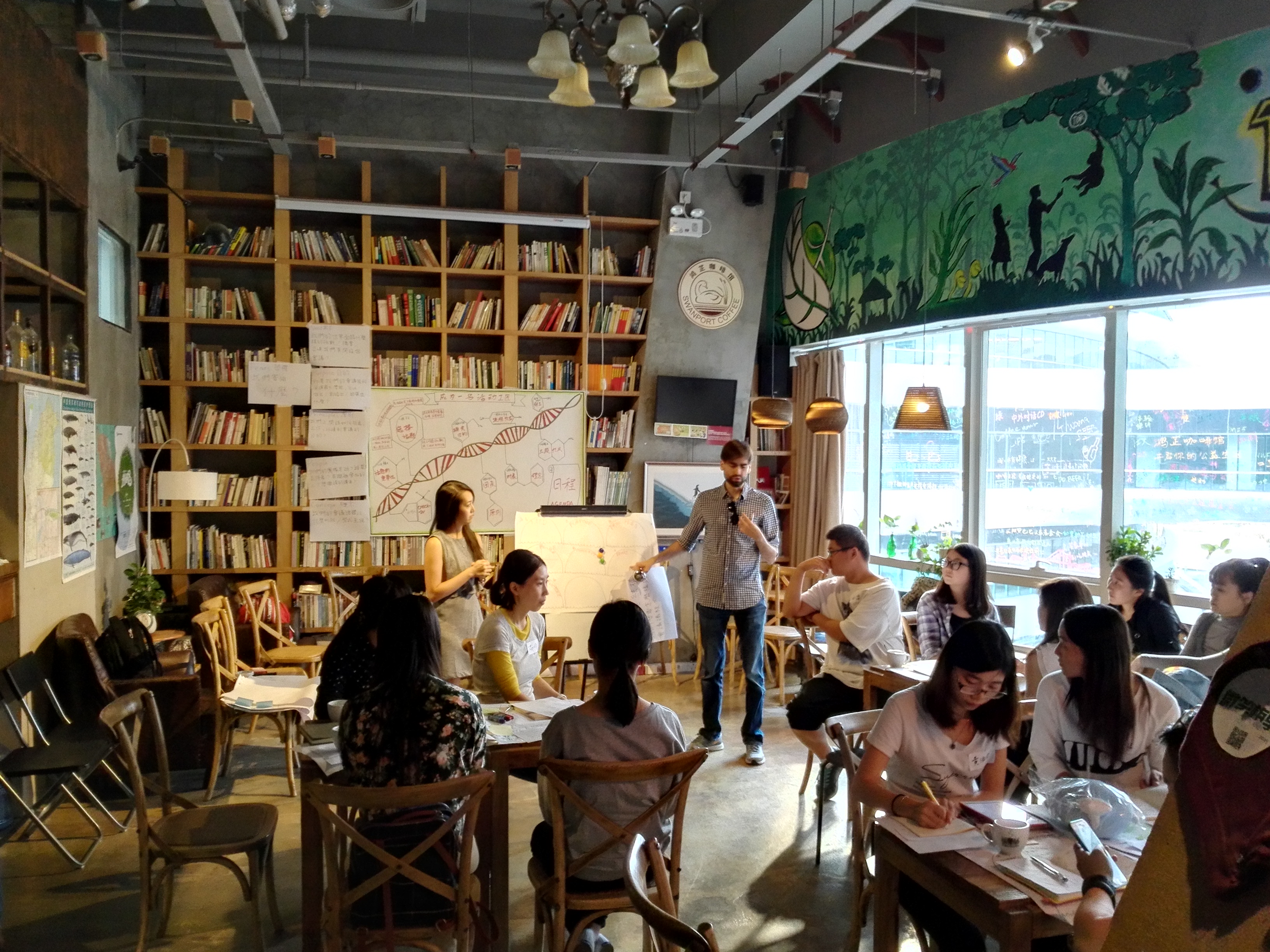 The participants divided themselves into three groups based on the topic they chose – the topic of an actual meeting they would organize and make it come true a month from now in mid-October. They were given five topics and in the end two were eliminated. Now each of the three topics have 4 to 5 people working on it:
1. Doing things online is so easy nowadays. What’s the value of physical events?
2. What is the current status about crowd funding for environmental work, and where is it going?
3. What do we need to know about our drinking water in Beijing?

Since this is a participatory workshop where people learn from doing, what’s better than organizing an actual meeting and taking full responsibility for the result? The three meetings will be made public, and the participants are in charge of planning everything ahead and harvesting everything afterward. They need to work with their own team, find their own speakers, invite their own participants, harvest from their own work, and so on.

As I was interpreting and watching the participants – who had never experienced any participatory workshop like this one – absorb, question, and reflect on the things he taught, I felt deeply touched because I’ve seen how hard he worked to get to this point. From not knowing any Mandarin to being able to communicate in daily life, from having nothing to building relationships and connections and getting involved in projects that he loves, I can’t even describe how proud I am of him. 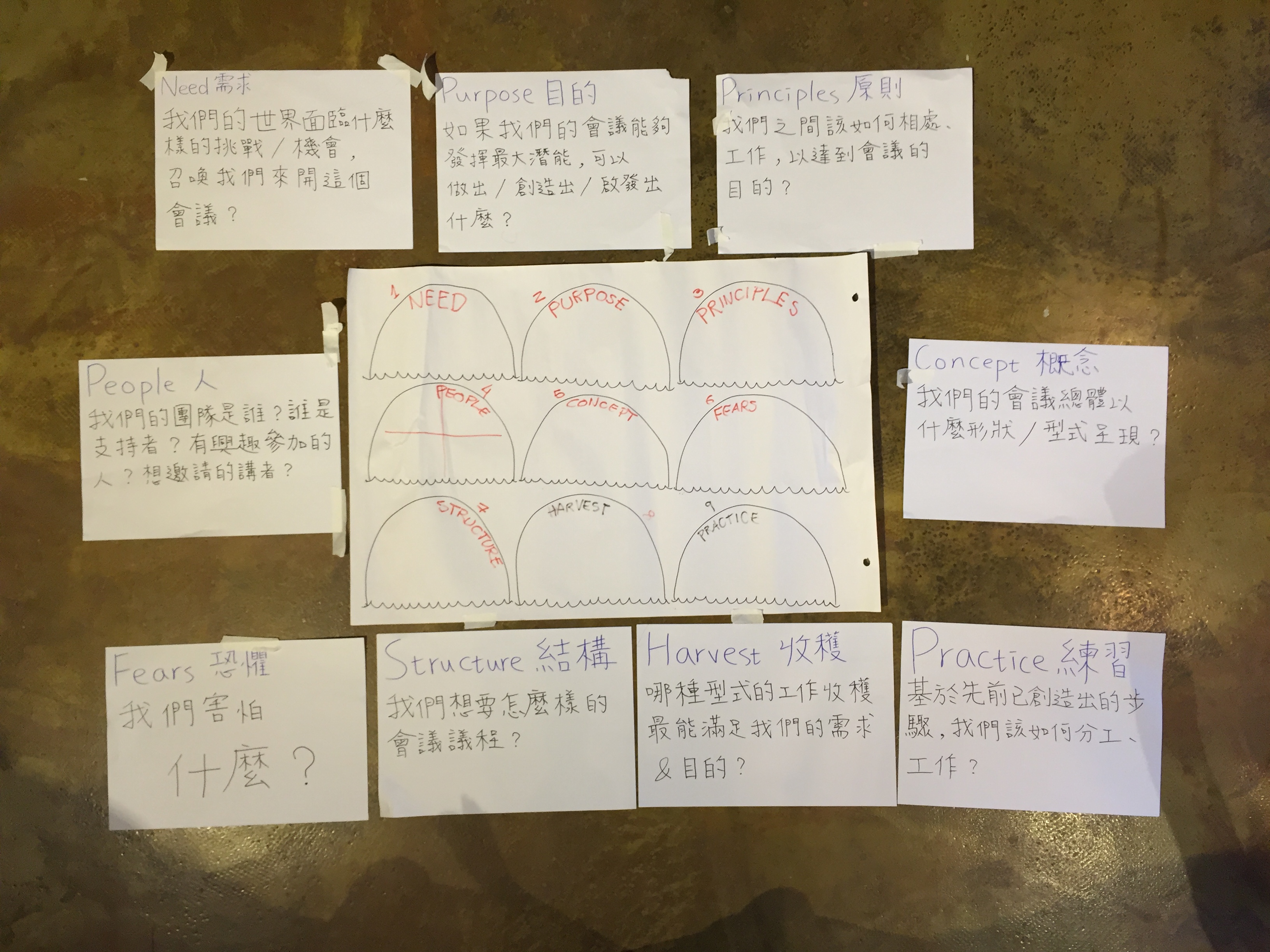 I wasn’t just an interpreter, but a learner myself. I’ve heard of the term “Chaortic Stepping Stones” during an Art of Hosting training in Karlskrona, Sweden, but never delved into it. The term “chaortic” stems from “chaos” and “order”. If anything is too chaotic, we’re lost and don’t know what we’re doing or where we’re going. If it’s too orderly, then it’s too dull and devoid of new possibilities. In order to strike a balance between the two like crossing a river, there’re some stepping stones to help you. These nine Chaortic Stepping Stones I learned would be immensely helpful for me in the future before organizing any meeting:

I also learned from Weiya’s sharing later that sometimes what you harvested and promoted after the actual event/meeting is more important than the event itself, because with the Internet things get shared more easily and you could potentially reach out to so many more people who would have never heard about you or your work.

At the end, almost every one shared how this was the first time they experienced such an alternative workshop and that a new world had just been opened up for them. I’m really grateful to have the opportunity to help and be inspired. Here’s my big thank you to all the organizers and the participants who came. 🙂