Formerly known as Shang’s Pizza near Dawanglu Subway station in Beijing, vegan restaurant Cloud Kitchen recently opened at a new location near Beihai Park, which is easier to access via public transport.

I could spend an hour listing their popular dishes, but my favorite is probably the Florence Burger with potato wedges. 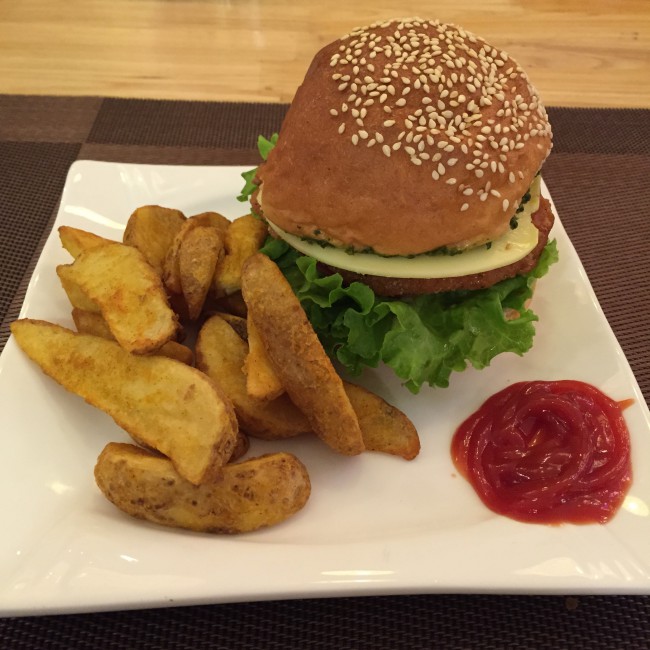 My boyfriend and I celebrated our first anniversary devouring the yummy burger. 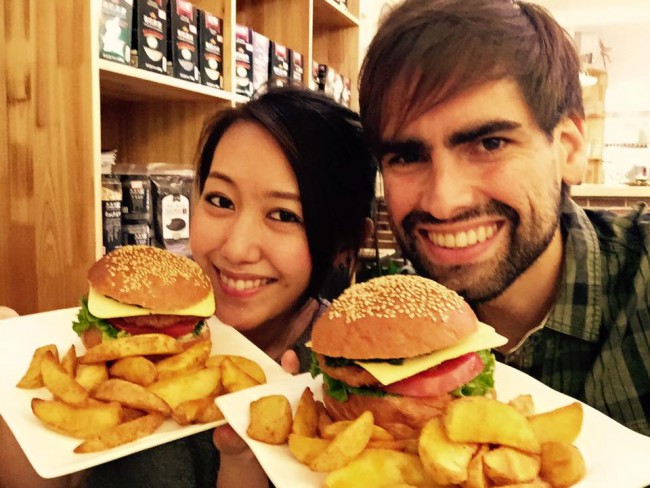 The vegan ice cream comes in several flavors: coffee, yoghurt, green tea, chocolate, vanilla, and durian. My favorites are yoghurt and vanilla. You can try durian if you’re looking for something different…but don’t say I haven’t warned you of its distinct taste! And yes, that’s half a cherry tomato in the ice cream bowl. No idea why they thought that’d match, but maybe it’s a new trend and I’m outdated…? 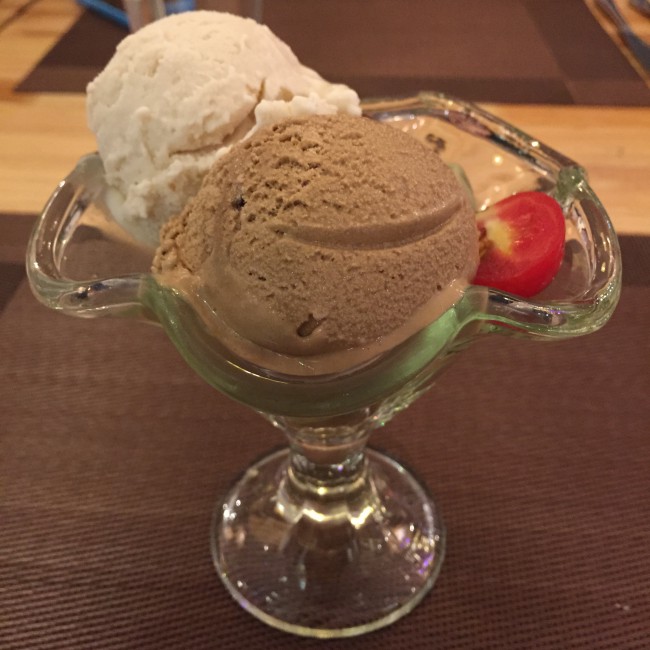 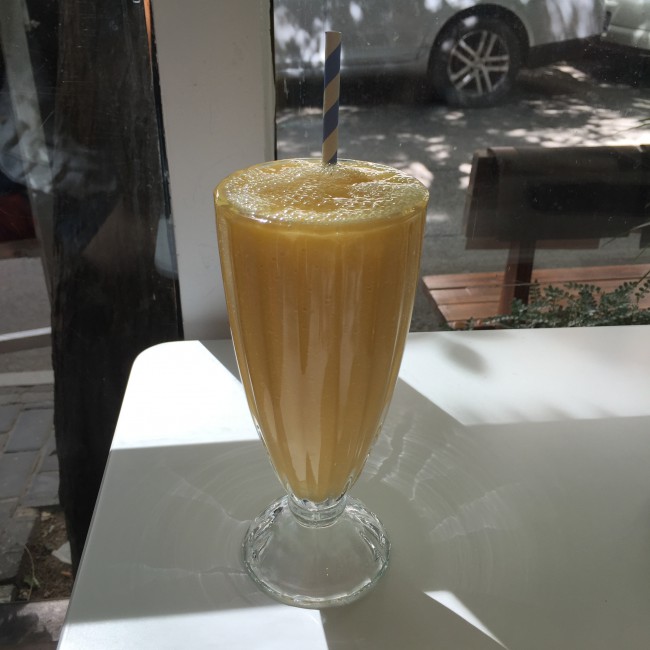 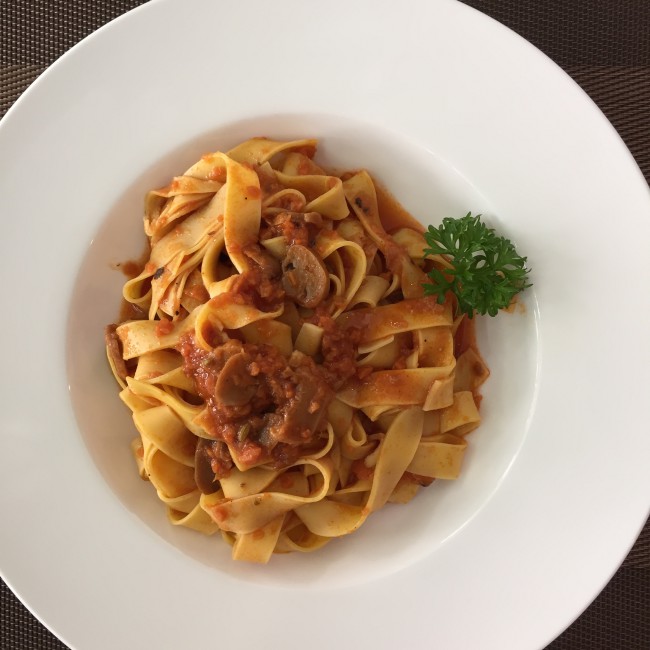 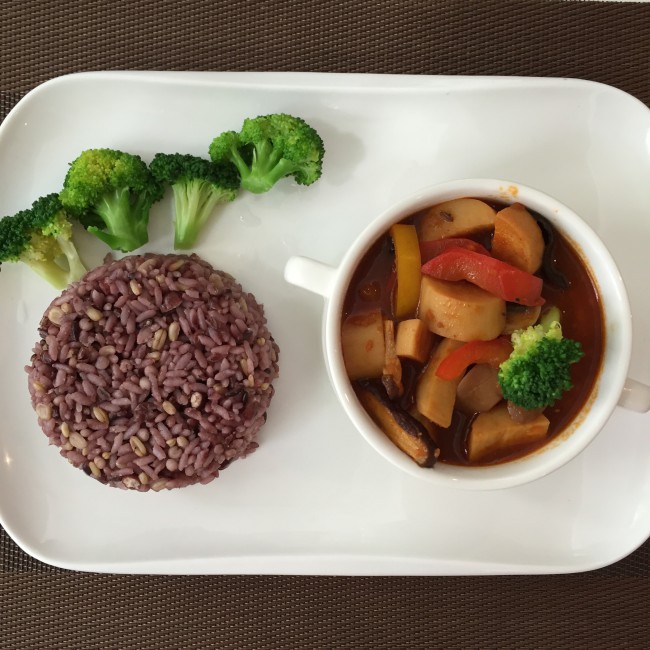 And of course, pizza is this restaurant’s highlight. This is spinach with pine nuts. 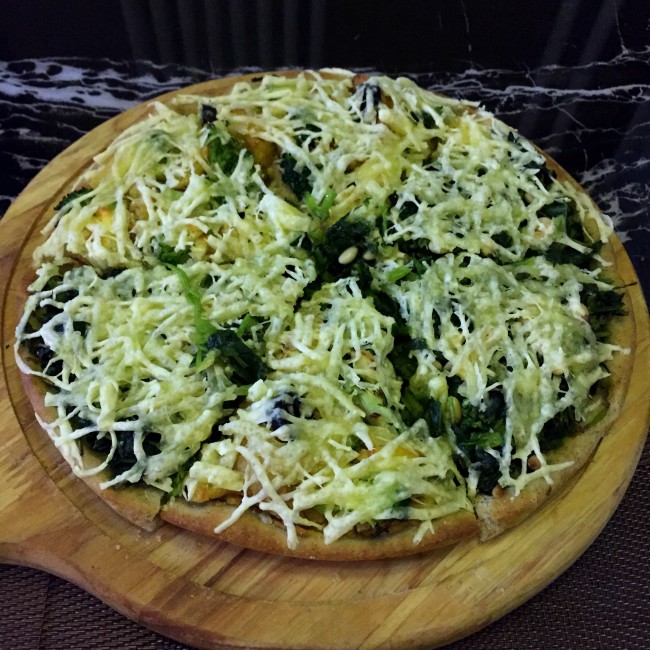 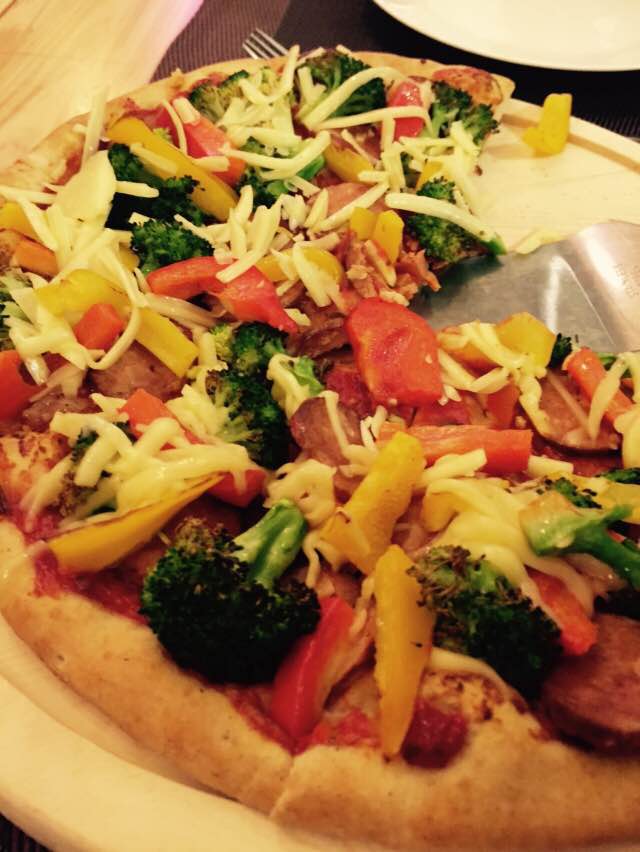 Side dish that’s anything but healthy and light 😛 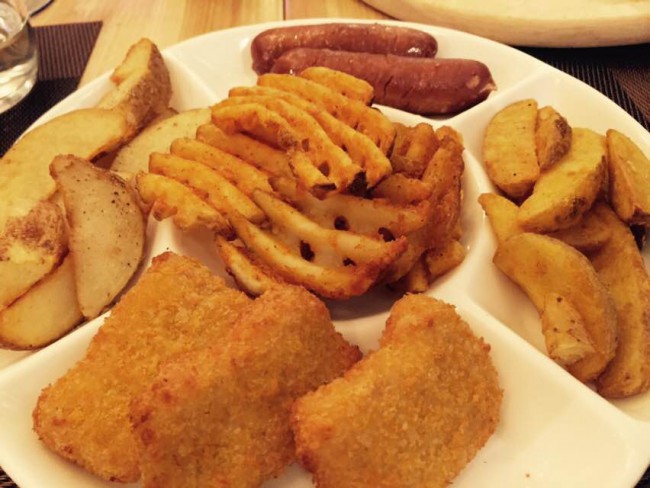 What I really like about this restaurant is not just the food, but also the cozy atmosphere. Sometimes after a burger and some ice cream, I really felt like I could slip into a food coma and camp out here.

There aren’t too many Western vegan places in Beijing yet, and Cloud Kitchen definitely stands out. Good job!

Beijing may have a serious smog problem, but it also has Cloud Kitchen as a reward for your bravery. Your lungs will still hate you, but at least your stomach won’t.