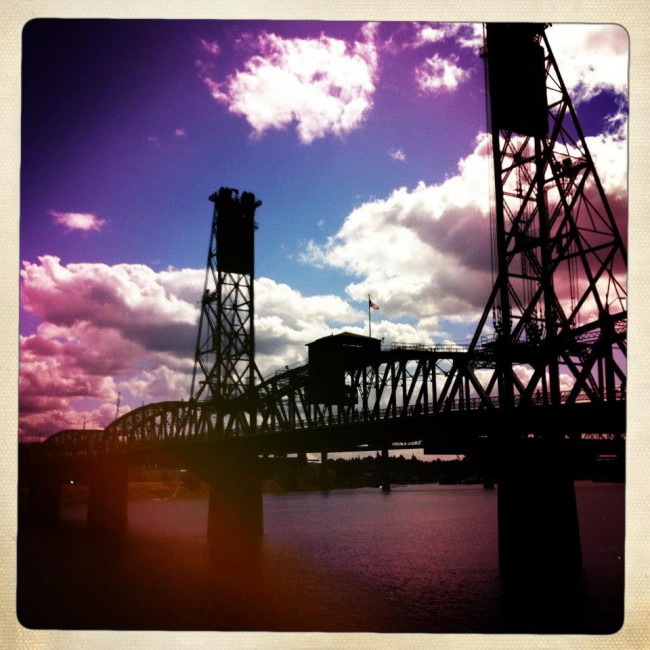 I never bought myself anything for my birthdays, but before my 27th birthday, I decided to be generous and bought a ticket to Portland. By myself. After all, who wouldn’t want to celebrate birthday in a new city with no friends? Duh. And come on, there’s Powell’s Books, and a vegan pizza place was right across the street. PARADISE!

The first few days I was all by myself, touring the city. Taking the tram in Portland was convenient and easy. Lucky me – the usually rainy Portland was nice and sunny the entire time I was there. Did I bring the California sun with me? Haha. 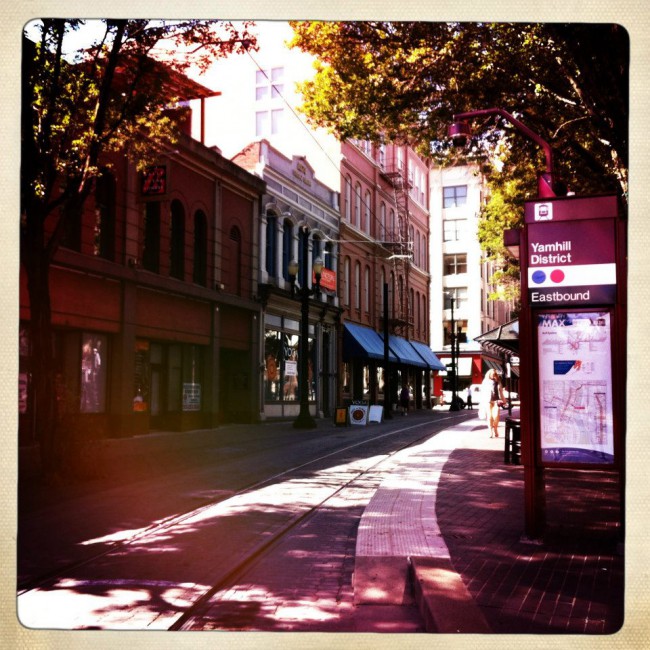 So – I had thought I’d be wandering in the city by myself on my birthday and loathing the fact that I was not young anymore, but it turned out that not only was I not alone, it was one of the best birthdays I’ve ever had. I ended up going to a karaoke bar for the first time, after witnessing a magnificent swift migration and eating vegan cupcakes(!). This wouldn’t have been possible without Couchsurfing. 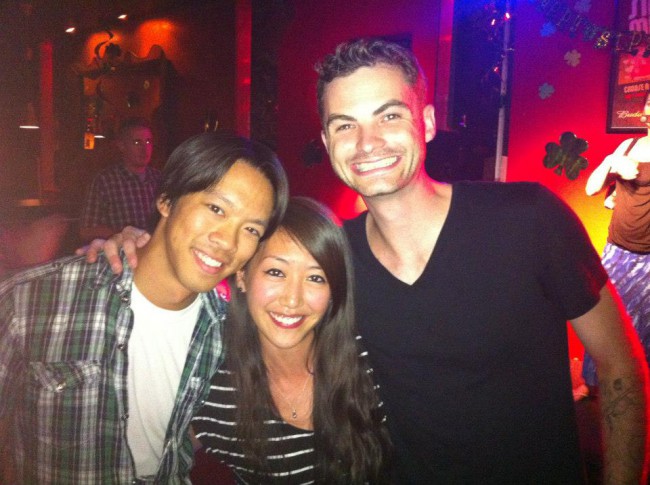 Before going to a city, I always check out Couchsufing to see if there’re any cool people to hang out with. And that’s how I found Alex, who was so kind to offer me a ride home to a party one day before my birthday. I also met two locals, Patrick and Eric, and Matthias, who was traveling from Germany, and the next day we went to a school to see swifts flying in and out of chimneys, and had an awesome karaoke session until 2 am.

The following days were nothing but pure happiness and fun. I surfed at Patrick and Eric’s couch, and for the last two days, on a brown blob at Alex’s.

We saw the smallest park in the world, Mill Ends Park. Yes, it’s really a thing – people even get married here! 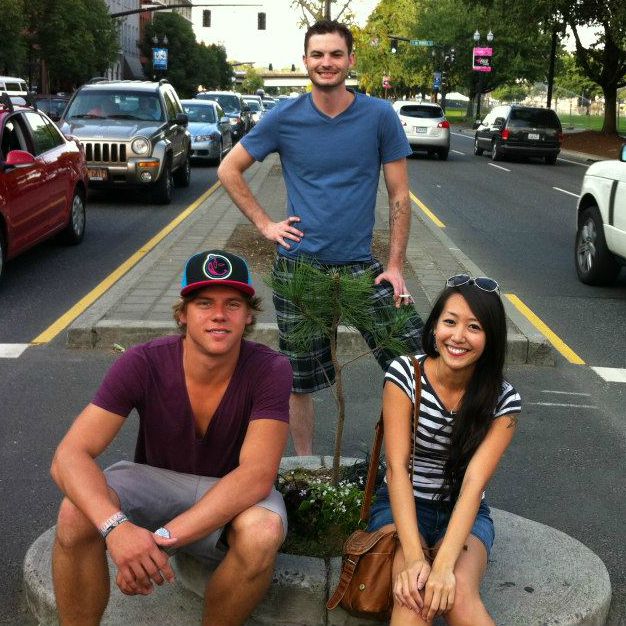 Ate Voodoo Doughnuts – and their vegan version was amazing! 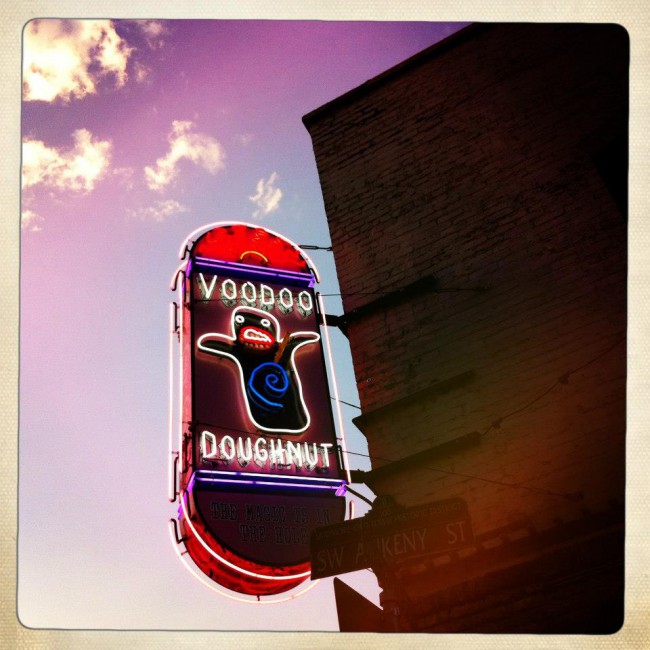 Went to the Columbia River Gorge and got soaking wet in the water, on the day I was flying back to California! 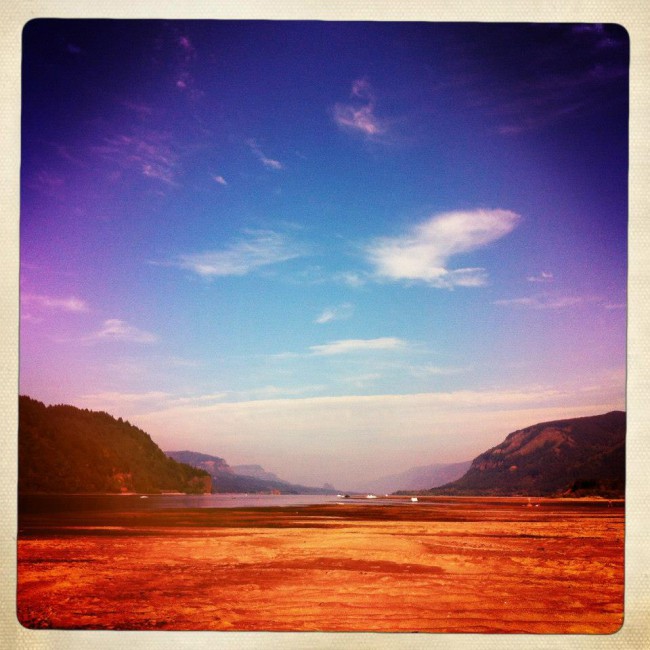 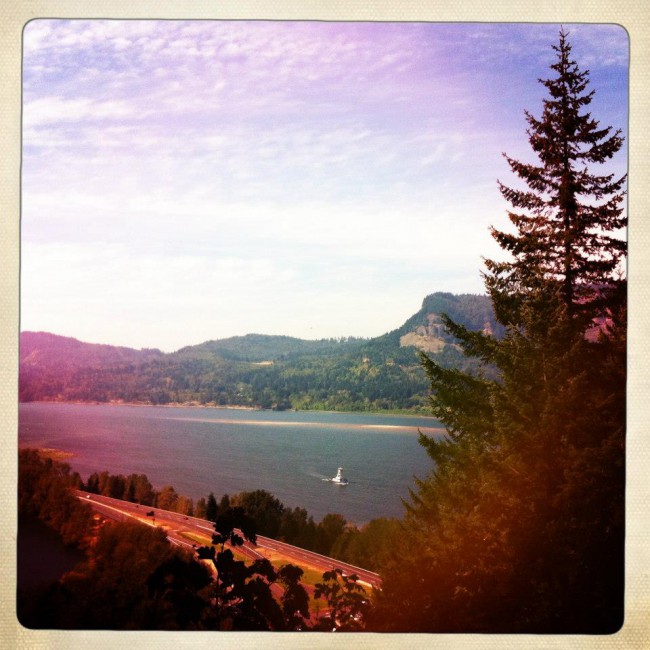 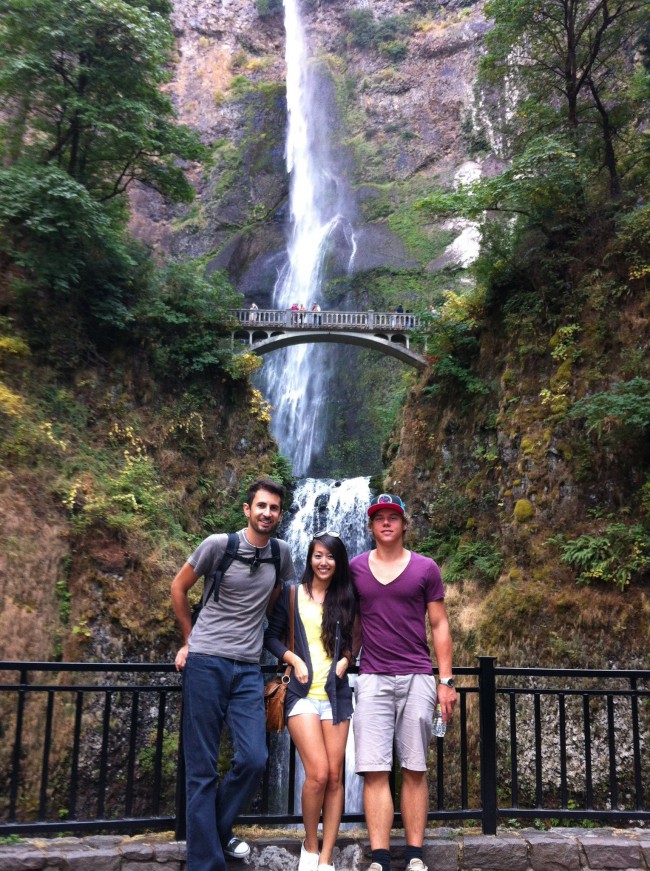 We did so many more fun things together, playing King’s Cup and Never Have I Ever, chatting and drinking until 4 am, trying weed for the first time, and of course, having many Voodoo doughnuts.

Prior to this trip, I had hosted travelers in Manila, Las Vegas, and San Jose, but I had never surfed at anyone’s place. This experience opened up a new world for me because I realized how quickly human beings can connect to each other when we keep an open heart. I didn’t have any expectations before going to Portland other than to try as many vegan restaurants as possible. I didn’t end up trying too many, but I got something even better – friendship and memories that will last a lifetime.

And here’s another perk about Couchsurfing – because we’re all nomads who travel extensively, a year later I met up with Alex in London, and another year later, in Taipei! He won the title of the first person I’ve ever seen on three different continents other than my family members.

It’s not to say that saying goodbye was easy. I cried like a baby at the airport when Alex and Matthias dropped me off and was still sad for a few days after I went back home.

I miss you all, my friends! Looking forward to the next time we reunite somewhere in the world. Europe, maybe? 🙂